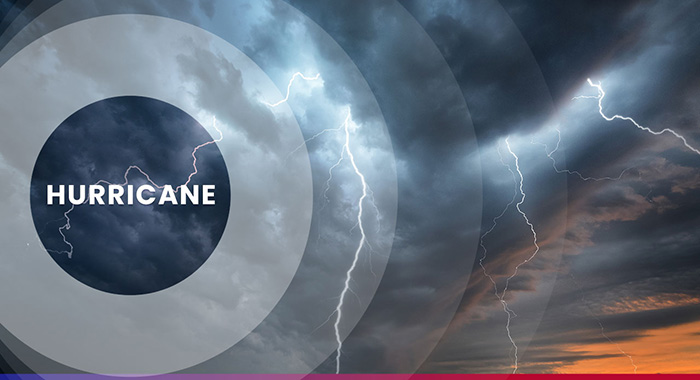 A regional team of meteorologists and other climate scientists are warning that the Caribbean faces another busy wet/hurricane season this year, with an expected 18 to 19 named storms.

They also caution that government and other decision-makers should prepare for hazards such as flooding/flash flooding and landslides to minimise socio-economic disruptions, particularly in the second half of the season.

That announcement was made during the virtual forecast delivery for the 2022 Wet/Hurricane Season Caribbean Climate Outlook Forum (CariCOF), hosted by the Caribbean Institute for Meteorology and Hydrology (CIMH) in collaboration with national hydrometeorological services (NHMSs), the National Oceanic and Atmospheric Administration (NOAA), Columbia University’s International Research Institute (IRI) for Climate and Society, and the World Meteorological Organization (WMO).

The wet/hurricane season officially starts annually on June 1 and ends on Nov. 30.

This year’s forecast would mark the seventh consecutive year of an above-average season for the region.

The situation of high tropical cyclone activity and excessive rainfall is likely being enhanced by an extended La Niña that should extend into the summer. The conditions could result in up to nine hurricanes of which four could be major, according to Colorado State University.

“Governments, sectors, communities and other interests should prepare for the implications of expected conditions during the 2022 wet/hurricane season, such as floods and cascading hazards, frequency of tropical cyclones higher than average, a decrease in the frequency of dry spells, and extreme heat peaking between August and October (though not as strong as in recent years),” Chief of Applied Meteorology and Climatology at CIMH, Adrian Trotman said.

CIMH also announced a set of key messages on this year’s predicted seasonal activity intended to alert policymakers and other authorities to take steps to protect property, lives, public health and safety.

The key messages were organized between the first half and second half of the season, as follows:

They also addressed how those sectors can effectively engage in contingency planning to prevent loss of economic productivity and livelihoods.

CariCOF is hosted twice a year by CIMH ahead of the start of the region’s wet and dry seasons. During the bi-annual event, Caribbean meteorologists and other climate scientists gather for training, discussions and the preparation of seasonal forecasts and other products.