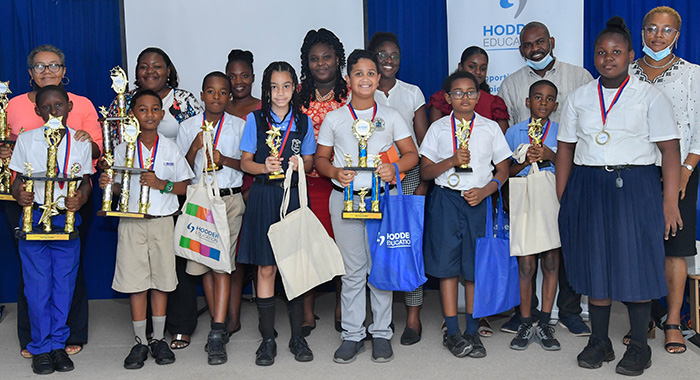 It was a “victory of three” when the curtains came down on the 2022 Primary Schools’ Maths Quiz, hosted by the Ministry of Education and National Reconciliation in partnership with Hodder Education.

Kajj Murray, of Windsor Primary School, came out on top, ahead of Orion John, of Fair Hall Primary School, in second position and Julian DeFreitas, of Sugar Mill Academy, who placed third.

In round one, the fifth graders answered short questions from four categories of mathematics: number concepts, geometry, measurements and data handling.

In round two, the problem-solving section, they were asked to use their mathematical skills to build a simple structure.

The third round was the speed round in which the students were given two minutes to answer as many questions as they could.