SVG to boycott US-hosted Summit of the America 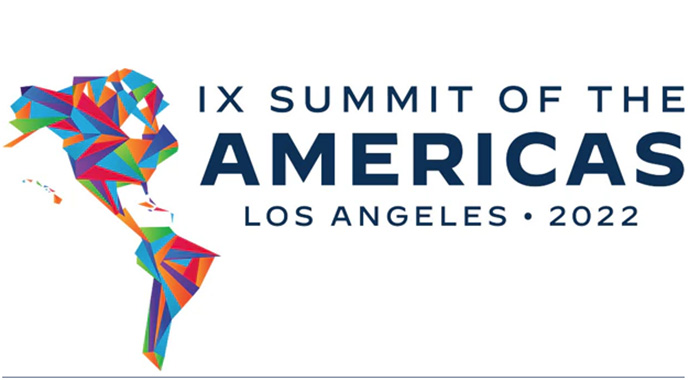 St. Vincent and the Grenadines will not attend the Summit of the Americas to be hosted by US President Joe Biden in California next week.

“And I’m not going because I don’t see what is to be gained from going. And as presently advised, as I say, I’m not supporting or sending anybody,” Prime Minister Ralph Gonsalves said on radio on Wednesday.

“Because if you invite me to come to your house and I say, as a matter of principle, I ain’t coming, because you shouldn’t be excluding people, how could I then send somebody else?”

Gonsalves appeared to have failed, in a series of letters, to persuade his CARICOM colleagues to boycott the summit over Washington’s refusal to invite Havana, Managua and Caracas to the talks.

“I realise it is a difficult decision, but our American friends have left us with no other credible, principled, and practical choice,” he said in a May 11 letter, a copy of which was seen by the Caribbean Media Corporation.

“We may yet persuade them to alter their posture,” Gonsalves wrote in a letter to all the CARICOM leaders and copied to the CARICOM Secretary General, Carla Barnett.”

Speaking on NBC Radio on Wednesday, Gonsalves said that he had made it plain that he would not attend the summit unless Cuba, Nicaragua and Venezuela are invited.

“You can’t have a Summit of the Americas with only some people. It has to include everybody.”

He said that “mature people across the Caribbean” were writing to him, encouraging him to “hold firm to the position” and some organisations have issued press releases to that effect.

“Of course, when you have that extent of circulation — I haven’t sent it to the press; I probably should now send all the letters to the press — somebody leaked one or more of those letters.”

He suggested that when something is circulated so widely, someone would inevitably give one to a friend to read.

“And the friend going take a snapshot,” Gonsalves said, adding, “But it’s not a secret business. It’s the region’s concern.”

“Now, as I tell everybody, I’m urging my colleagues not to go but a number of them are going and they will go and they will sit and protest by raising the issue because everybody’s agreed that these countries shouldn’t be excluded. It’s just the tactical approach now what you’re going to use.

“The United States can’t have this 60-year-old blockade against Cuba, which is only two other countries at the United Nations vote with them — the Marshall Islands and Israel — and you’re punishing the people and then you set about with a series of sanctions against Venezuela.”

He said that the United States has a concept that Juan Guaido is president of Venezuela.

“If Guaido is the president, he should be the man who controlling the oilfield them.”

He said the hemisphere was going “backwards”, noting that Cuba was invited to the summit in 2015 amidst rapprochement between presidents Barack Obama and Raul Castro.

Havana was again invited to the summit in 2017 in Peru.

“I mean why are we fighting these 20th century battles and conflict in this third decade of the 21st century? Our American friends are wrong on this. I respect President Biden greatly but I can’t agree with his government on this matter,” Gonsalves said.

He said the “excellent relations” between Kingstown and Washington will stand despite the current impasse.

“Friends must tell friends how they feel about something,” Gonsalves said.

He noted that some leaders will attend the summit and others will stay away or send lower-level delegations.

“For instance, the president of Mexico is saying that he’s not going but he’s sending his foreign minister.  The president of Argentina says I’m going as head of CELAC — the Community of States of Latin America and the Caribbean,” Gonsalves said.

“And he’s saying, ‘I’m going but I’m going there to protest and saying that this is wrong.’ So people have different tactical approaches.”

Gonsalves, however, said he plans to attend the Commonwealth Heads of Government meeting in Rwanda later this month “in solidarity with my African brothers and sisters and also we will see how serious Britain is about the Commonwealth now that it is no longer in the European Union”.

The US State Department, in a statement announcing the Summit of the Americas, had indicated that “as Chair and Host, the United States will work with the region’s stakeholders toward securing leader-level commitments and concrete actions that dramatically improve pandemic response and resilience, promote a green and equitable recovery, build strong and inclusive democracies, and address the root causes of irregular migration”.