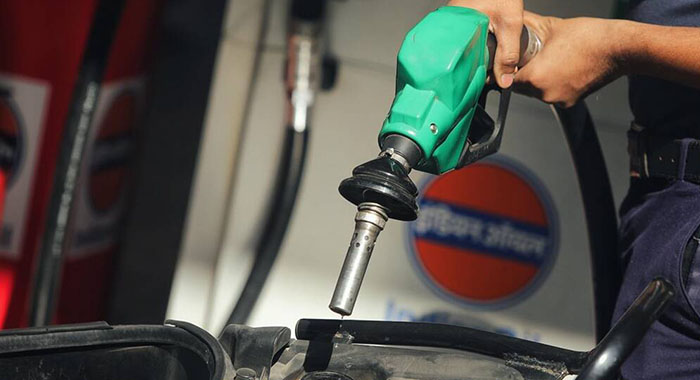 Vincentians are paying more for fuel, about a month after Minister of Finance Camillo Gonsalves announced measures intended “to hold the line against the increases”.

The price per gallon of gasoline at the pump is now EC$15.35 – 66 cents more than on April 28, when the minister announced measures that came into effect on May 1.

Also on April 28, the finance minister announced a reduction in the excise tax in an effort to keep fuel prices below EC$15 per gallon.

He said that once gas passes EC$15 per gallon, it starts to feel really expensive and people feel it more in real and psychological terms, even though in 2008 gas reached $16.

However, Prime Minister Ralph Gonsalves said, on Wednesday, that Vincentians would have been paying EC$16.85 per gallon of gasoline rather than EC$15.35, had the government not halved the excise tax on fuel.

The prime minister further said that his government loses EC$1.05 on each gallon of diesel that is sold at the current price

He said he had seen in the media the discussion about the price of fuel.

“Remember, a few weeks ago, … I said to you that the prices which are coming in, the imports of the fuel, they’re going up and that I don’t know how long we can hold the line,” he said on his weekly programme on NBC Radio.

Gonsalves said that to ease the burden on consumers, his government is losing EC$1.05 in revenue on each gallon of diesel.

“And, of course, we’re subsidising the fertiliser and the Love Box has come back on stream and there’re some other measures which we want to consider today at the Cabinet.”

He said there had been some discussion at the Cabinet level before his trip to Cuba this month, and those continued in his absence.

“But you know they wouldn’t come to any conclusion without they hear Ralph’s considered judgment on this or that item. You know how that goes,” Gonsalves said.

“Not that my voice can stop certain things happening or not happening. But you have a man with the experience and the knowledge that I’ve acquired over the years and which the people have invested in you would want to hear what they have to say — my analysis and my judgment on this or that particular issue for the purposes of public policy.”