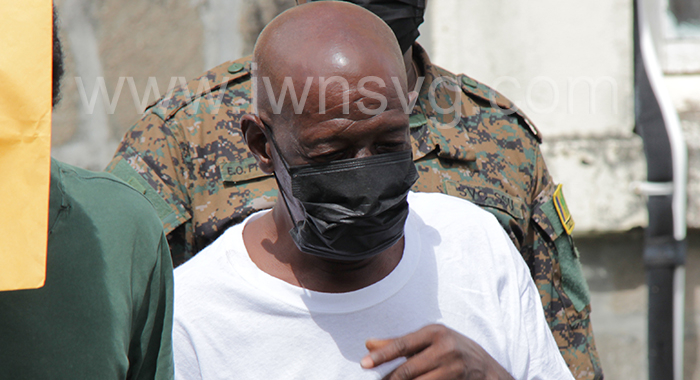 A 53-year-old man who pleaded guilty to two counts of raping a 10-year-old girl told the court that he was not the only offender and that the child pressured him into the act.

But, in sentencing the man, Fitzallan Wickham, of Troumaca, on Friday, Justice Brian Cottle pointed out that his was the “Lolita explanation”, as presented in Vladimir Nabokov’s novel “Lolita”.

On the first count of unlawful sexual intercourse with a girl under the age of 13, the judge sentenced Wickham to 12 years in prison.

The sentence was one-third less than he would have had to serve, had he not pleaded guilty —  thereby not re-traumatising the child within a trial.

On the second count, he was sentenced to four years in prison, to commence at the end of the 12-year period.

However, Wickham had spent two years and 13 days in prison awaiting his trial and this was deducted from his sentence.

This means that overall, he will spend a further 13 years and 17 days in jail for his crimes.

At Friday’s sentencing hearing at High Court No. 1, in Kingstown, Wickham, who did not have a lawyer, gave a rambling explanation of his action.

He said the child’s grandmother also used to tell him that when he sees the child “out the road” to send her home.

The defendant said another woman used to tell him that she would see what would happen to him and that she would “carry me name ah Rose Hall. Because she is the one who ain’t like me.

By this point, Justice Cottle, who was taking handwritten notes, had stopped and had placed one hand on his cheek as he watched the defendant.

He said that the school principal who went on the scene at the abandoned house where the act took place, also said Wickham had said that he had sex with the child.

The judge noted that Wickham had also said at the scene that it was the child who has brought the condom to him.

Wickham said that at the scene he had told the police that he did not take the condom there.

“She brought it,” he said, adding, “Certain fellas and thing used to go behind she and thing.”

The judge told him that the sad thing was that he did not report it to the police.

Wickham said that on one occasion he was coming from the mountains and met the child and asked her where she was going.

He said the child said she was in a particular area and later that day he met the child coming out of the house of a man whose name he mentioned in court.

Wickham said the child asked him not to tell her mother, saying that her mother would beat her.

But the judge asked him why he did not go to the police and tell them that he had seen the child coming out of the man’s house.

He said that he did not report the matter because the child’s mother at times did not want to hear the truth.

He said he should have reported the matter to the police.

Wickham said that the child used to be harassing him “to do thing with her.

“She used to harass me. I ain’t telling you no lie.”

The judge, however, noted that the complainant is a child.

“I used to run she sometime,” Wickham told the court.

The judge told him he should have chased her all the time. He asked Wickham if he gave the police evidence against the other people who might have also had relations with the child.

Wickham said the situation he is in now, he cannot “go through those things”.

The judge told him that had he done so, it might have had an impact on his sentence.

“We all have to protect children,” Cottle said. “The Africans say it takes a village to raise a child.”

Wickham told the court that he does not have any children and his parents are in the United States.

The judge told him that his mother had said she could not stand the thought of coming and see him where he was.

Wickham said that what happened is his fault.

“I ain’t know I would ‘a reach them stage here because I ain’t no big set a troublesome guy,” he told the court, adding that he was before the court because a woman does not like him.

However, Justice Cottle told Wickham he was before the court because of the wrong he had done.

“What makes it worse is that you know there were other people doing wrong things and you did not help so that those other persons who also did wrong things would be punished for the wrong things they did.”

In handing down his sentence, Cottle noted that Wickham was charged with four counts of unlawful sex with a girl under the age of 13 and pleaded guilty to two counts after a jury had been empaneled to try him.

The court, therefore, directed the jury to return a formal verdict of guilty on two of the counts and the prosecution withdrew the remaining two counts.

The facts of the case are that the virtual complainant was a 10-year-old who sometimes lived with her mother and at times with other relatives.

One night in 2018, Wickham invited her to his home and had sex with her there. He then gave her $5 and sent her home.

On another occasion, he invited her there and had sex with her and gave her $5.

The judge said that as happens in small villages, rumours started to circulate and these reached the child’ teacher who reported it to her principal.

The principal questioned the child about the rumours and then reported the matter to the police.

As part of the investigation, the child was medically examined, and the doctor found a complete absence of her hymen and that there was free passage of an adult-sized speculum into her vagina, which was extremely unusual for a 10-year-old.

The doctor concluded that the child was sexually active.

The child took the police to Wickham’s home and also to where the sexual activity had taken place. She showed them a used condom and condom wrapper.

Wickham was present and said it was the child that had brought the condom for him to use.

Justice Cottle noted that the maximum penalty for unlawful sexual intercourse with a child under the age of 13 is lifetime imprisonment — a notional sentence of 30 years.

He noted Wickham’s age and that he did not benefit from a secondary school education.

A social inquiry was conducted, but many members of Wickham’s community opted not to comment, saying that they did not have anything good to say about Wickham and would, therefore, say nothing.

One respondent, however, said that Wickham is a good person and prison authorities said he is a model prisoner.

He placed the offence at category 1, in terms of seriousness, as the complainant was a very young child.

In terms of the consequences, the judge said it was level A because there was significant disparity in ages of parties.

The judge also noted that Wickham had lured the girl away from her home.

He began with a starting sentence of 66% of the maximum, or 20 years in prison.

The aggravating feature of the offence is that the child was particularly vulnerable because of her economic circumstances.

Mitigating was the fact that the only violence involved was that inherent in the act.

Regarding the offender, he had no previous conviction, admitted to the offence when questioned by police and pleaded guilty.

The court felt that Wickham has good prospects for rehabilitation.

The judge found that the mitigating features “slightly outweighed” the aggravating features and moved the sentenced down to 18 years.

He said that Wickham pleaded guilty at the 11th hour but had admitted at an early opportunity, when police questioned him, and also in the electronic interview.

Justice Cottle also noted that through his guilty plea, Wickham had avoided re-traumatising the complainant by subjecting her to testifying in a court room of strangers.

The judge, therefore, granted the full one-third discount for a guilty plea, taking the sentence down to 12 years, then subtracted the time spend on remand.

He, however, did not consider the two counts to be a single instance of criminal conduct, adding that he was satisfied that there should be consecutive sentencing.

Justice Cottle said the shorter sentence on the second count was in light of the totality principle, reflecting the Wickham’s total criminality.