Teen changes plea to not guilty on homemade firearm charge 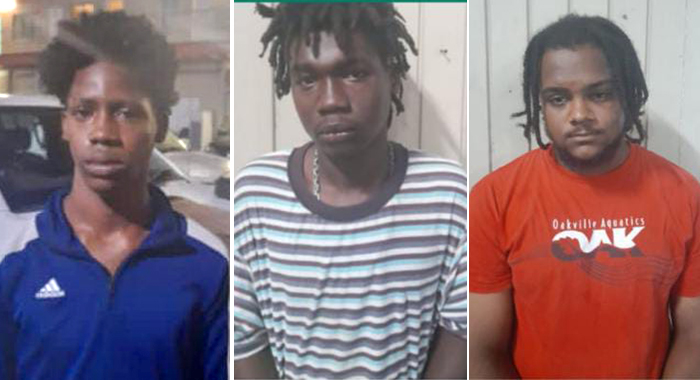 The teenager who pleaded guilty on June 7 to having in his possession a homemade firearm without a license has changed his plea to not guilty.

Tevin Miller, 18, of Belair was remanded to prison by the Serious Offences Court, as he awaited his sentencing, which was scheduled for last Monday.

His co-accused, Carl Quow, 21, of Chauncey, and Anil Greaves, 22, a delivery clerk of Belair, both pleaded not guilty to the same charge and Chief Magistrate Rechanne Browne granted each of them EC$10,000 bail with one surety.

When the duo reappeared in court on Monday, however, counsel Grant Connell informed the court that he no longer represents Miller but was acting on Greaves’ behalf.

Prosecutor, Station Sergeant of Police Renrick Cato told the court that he was was not ready to proceed with the trial of Quow and Greaves .

He asked the court to adjourn and transfer the matters.

Browne transferred the matters to the Kingstown Magistrate’s Court to be heard on June 29.

Miller was asked to remain in court as his matter was stood down for trial later in the day.

When the hearing resumed after a one-hour court recess, lawyer Ronald Marks, who was in the courtroom during the break, told the court  that he was representing Miller and asked that the charge be put to him again.

Miller then pleaded not guilty.

The prosecutor did not object to bail, which was granted in the same sum as the other accused.

Also, like his co-accused, Miller was ordered to report to police twice per week, seek the permission of the court to leave the country and surrender his travel document.

The chief magistrate will hear both matters on July 1.

Miller and Quow boarded the prison transport at the end of the day’s sitting around 1 p.m., having not secured a surety.