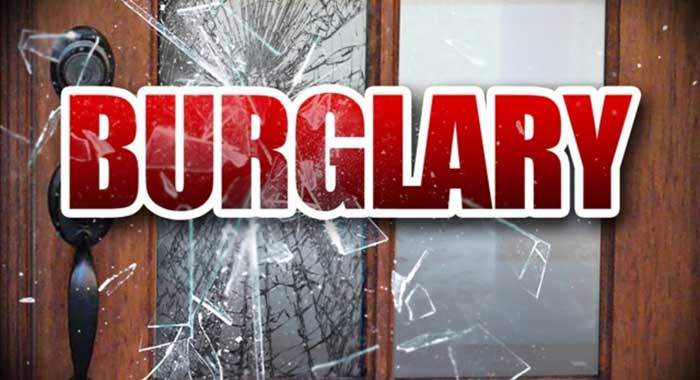 A man who told the court he has had a “bad experience” after his home was burglarised, was brought before the court for committing the same crime against someone else.

“… you wouldn’t like nobody to burglarise you,” Chief Magistrate Rechanne Browne told  Jeron Cockburn, of Lowmans Windward, who pleaded guilty to a burglary charge.

“Again?” the defendant answered during the June 13 hearing.

“What do you mean, ‘again’?” the magistrate said.

The 21-year-old man told the court his home was burglarised before and it was a “bad experience”.

“Did it feel good when you were burglarised?” the magistrate asked.

The defendant shook his head in indicating no.

The court heard that on June 6, James, 36, an auxiliary police officer, secured her three-bedroom home and went to work at about 7:32 a.m.

Upon her return later that day, she found her house broken into and the items missing.

She made a report to the Biabou Police Station and an investigation was carried out.

The defendant handed over the blue Samsung Galaxy cellular phone to the police. The device, however, was not in a working condition.

“So you couldn’t keep out of trouble,” the magistrate told the defendant.

“Is a long story, your Honour,” he responded.

The magistrate noted that at the summary level, burglary attracts a maximum sentence of seven years in prison, adding that Cockburn had similar convictions.

“People need to feel confident and safe when they leave home. He is just 21 and has three offences, the last one being burglary”.

In handing down her sentence, the magistrate said she considered the seriousness and consequences of the defendant’s action, and began with a six-month prison sentence.

After weighing the aggravating and mitigating factors, the magistrate settled on a six-month prison term for the defendant.

However, on Jan. 24, the court had sentenced Cockburn to five months in prison, suspended for a year.

The magistrate also ordered him to serve this sentence, with the sentences running consecutively.

The chief magistrate informed Cockburn of his right to appeal.