Why the church could not stop carnival 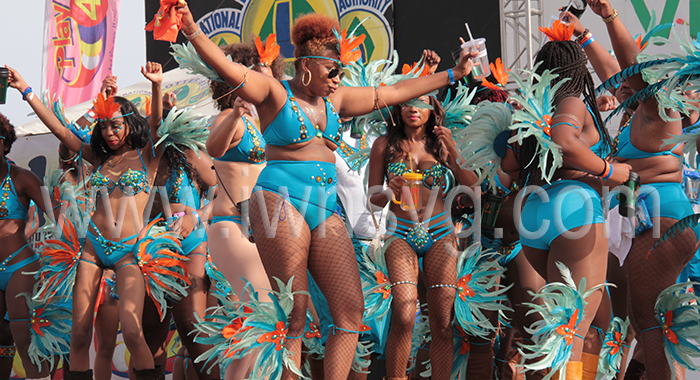 Why did COVID-19 and not the church in St Vincent and the Grenadines temporarily halt carnival activities is a question I hope church leaders are asking themselves. The answer(s) to this question has /have implications for the church as more challenges to its message and vision of society comes along. As for possible reasons, I propose the following. (There may have been efforts from the church to stop carnival that my limited knowledge and time spent in St Vincent does not allow me to be aware off, if I am wrong I do not mind being corrected.)

It never really wanted to

While the church spoke out about the ills of carnival, such as drunkenness, sexual assault, and indecency, it never felt as if the church wanted to stop it, but rather prevent its members and others from attending its activities. Speaking out about and speaking out to have something stopped are very different things. As a unified body, the church never got the difference, or, if it did, never made the line of demarcation clear.

In the future (to St Vincent at least) culture wars around things like gender dysphoria, the death penalty, pedophilia, and the “rights” of sentient machines will be coming, and the church must be clear on what it wants to do about these issues and others like it. Is it going to be an advocacy group, a refugee camp for persons wanting sanctuary from the ravages these battles are going to leave on souls and relationships, or a protector of its membership, is a discussion and decision it must make?

It needed a champion and a plan

There was no voice in the wilderness, so to speak. No individual or group that made it their lifelong pursuit and goal to see carnival ended. Every single societal victory, be it the abolishment of slavery, women’s rights or ending corporal punishment in schools had a champion whose untiring voice was unable to be silenced. The church, in this matter at least, had none. And because it did not, there was no vision and no plan of action.

With a champion, there would have been a clear goal and a plan towards meeting that goal. It would have looked something like:

The abolishment of slavery in the United States began with the effort to stop the extension of slavery into new territories. Big wins begin with small steps.

It needed a narrative

A clear story motivates and inspires people to action. Martin Luther King had a very specific message that to this day many remember, even while they have walked away from it. This message was able to bring about change. Without a discernible desire to end carnival, and no champion with a voice, it was hard for the church to put forward a compelling argument for why carnival needed to end or be reformed.

It is not by accident that the entire Christian religion is based upon a story of a man who said and did what no other man ever said or did. The church needs to learn the power of having a story and telling that story.

It needed an alternative

“Ban Carnival” reads the hypothetical banner in this alternate reality. Like a crashing wave, the sound of the slogan “Ban Carnival” rings out from Sion Hill and reaches the homes of Paul’s Avenue as thousands of protestors snake their way into a humid, tired looking Kingstown in an almost carnival like atmosphere. Over and over the message from jumping and waving campaigners is heard, “Ban Carnival! Ban Carnival!”. A rag or two comes out, not to wipe sweaty faces, but to spur on those lagging in spirit and voice. “Ban carnival! Ban Carnival!”

In this alternate universe, the end of carnival is ushered in with singing, steel pan music and gleeful activists who silently suspect a bleak future as they contemplate an existence without a cause to be impassioned about and to fight.

Back to reality. It is not enough to say, “stop this” or “stop that”, but for every end we advocate for there must be a “do this instead because it is better”.

Ending abortion should equal better health care, housing, options for unwanted children like adoption and foster care, education grants for those in poverty and future employment options for everyone. Banning guns should be accompanied by measures to make people feel safe, and new opportunities for gun manufacturers to pursue.  Ending carnival should have been accompanied by something like “let’s make SVG the place that best celebrates the joy of living well”.

Now is the time for the church to learn why it never was able to end carnival, if for no other reason, it needs to do so because of what the future is quickly bringing.

2 replies on “Why the church could not stop carnival”