Luta to take up Consul General post in New York on Aug. 1 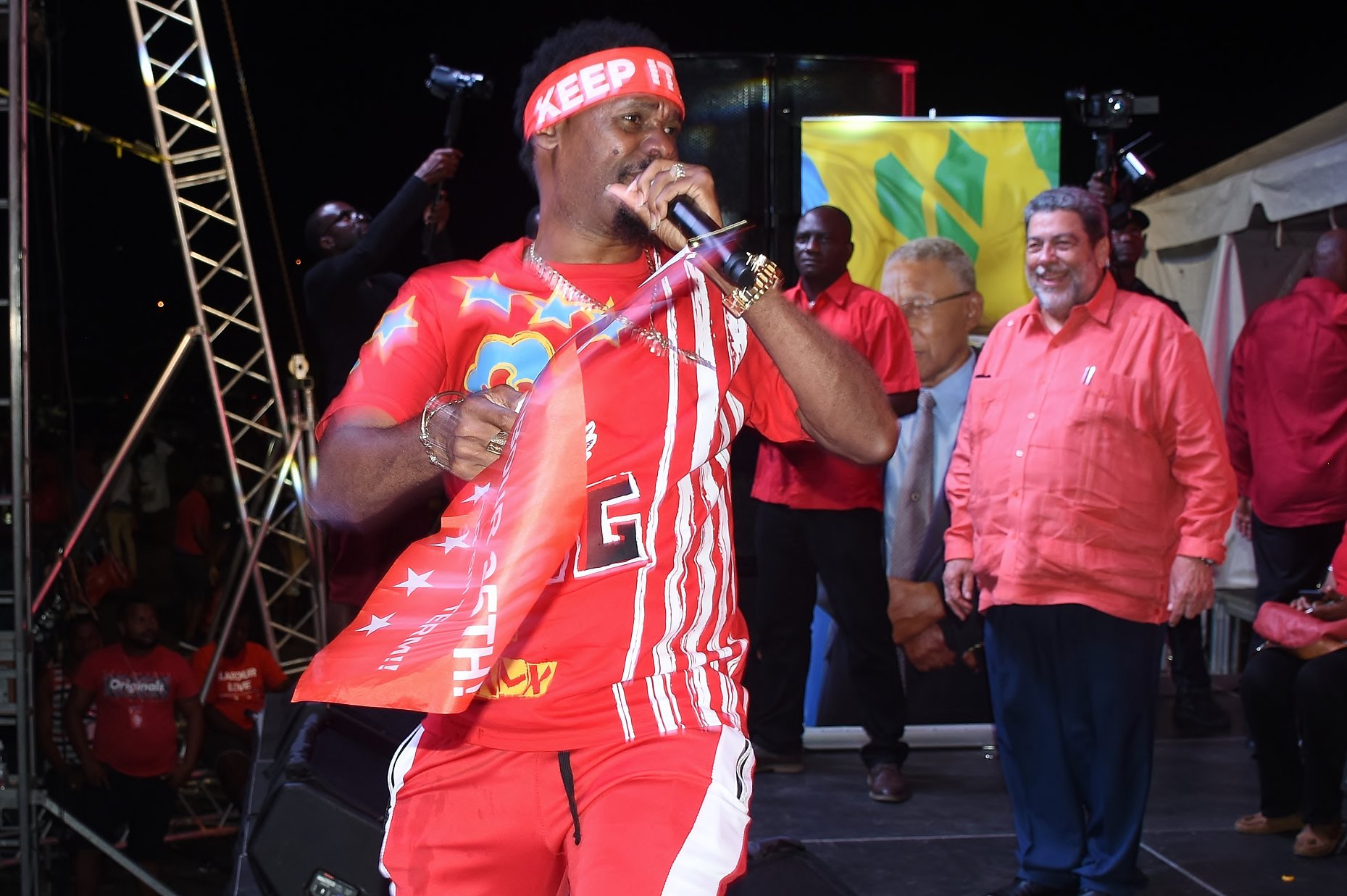 Luta performs at a rally of the ruling Unity Labour Party in September 2020, as Prime Minister Ralph Gonsalves, right, looks on.

Soca artiste and Cultural Ambassador Rondy “Luta” Mc Intosh is slated to take up the post of St. Vincent and the Grenadines Consul General in New York, effective Aug. 1, 2022.

Luta took up the post in late 2021 after serving a few months as a director of the state-owned radio station.

iWitness News understands that there had been questions about Luta’s appointment as sales manager as he had not been among candidates who had initially applied for the post.

Sources in the know tell iWitness News that in his resignation letter, addressed to the station’s manager, Dionne John, Luta said he received an official call from the permanent secretary in the Ministry of Foreign Affairs on Thursday, July 7, informing him that he is expected to take up the consul general post on Aug. 1.

Luta is also one of the hosts of “Talk Yuh Talk”, a Tuesday morning interactive programme on NBC Radio.

In addition to his soca and parang soca songs, Luta is known for his compositions on behalf of the ruling Unity Labour Party during election campaigns.

In September 2020, he defended his decision to film part of a video for a political song at the Kingstown Cemetery, an act that drew some criticism.

In 2019, he secured the Road March title after his “Leh Go Ting” amassed one point more than Derron “Magikal” Rouse’s “Bloody Hell Crazy”.

Howie Prince, a former director of the National Emergency Management Organisation, is the current consul general in New York.

Editor’s note: This article was updated at 05:57 AST on July 13, 2022 to insert the words “as sales manager” in the fourth paragraph to make it absolutely clear that Luta was not among people who had initially applied for the post of sales manager at NBC Radio.

8 replies on “Luta to take up Consul General post in New York on Aug. 1”