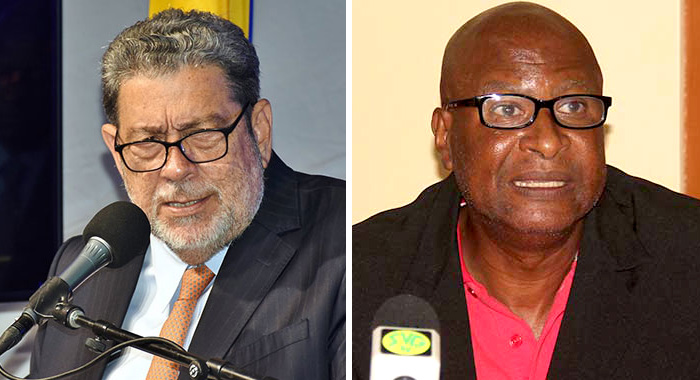 Prime Minister Ralph Gonsalves is not moved by the Teachers’ Union’s threats to take “radical action” to force the government to reinstate teachers fired over the vaccine mandate.

“Take your radical action if you want to take radical action. It is a free and democratic country. You take your action within the framework of the law,” he said on radio on Tuesday.

The prime minister’s comments came two days after President of the Teachers’ Union, Oswald Robinson said the union will take “radical action”, if the teachers are not reinstated within two weeks.

On Sunday, the prime minister said, separately, on radio that his government may consider re-hiring teachers who were fired for not taking the COVID-19 jab.

Gonsalves said that the government will make a determination based on the advice of the Chief Medical Officer as well as education stakeholders.

“Conversation also with the other staff members, because there are teachers who are texting me and calling me and telling me they ain’t going to be in any staff room with any teacher who ain’t take the vaccine,” the prime minister said.

“I didn’t say that teachers are going to come back without taking the vaccine. I still urge the teachers to take the vaccine because it is the safest way to protect yourself and protect other persons.”

Gonsalves said this is “the science which I accept”, adding that he had just received a summary about the epidemiological condition in the country in June.

“And the advice is therein contained about the efficacy of the vaccine, the efficacy and effectiveness of the vaccine. I’m satisfied with it otherwise I wouldn’t have taken it,” said Gonsalves, who has said that he has taken five COVID-19 vaccines in about a year.

“…it didn’t mean you couldn’t get COVID if you take the vaccine and you take booster. What you’re doing, you manage the risk; it’s not an absolute thing. You manage the risk.” said the prime minister who tested positive for COVID-19 in June.

The prime minister said he never said that his government would re-hire unvaccinated teachers or that the teachers would be reinstated.

“I say consideration may be given for the re-employment of teachers. I didn’t say reinstating because as far as the government is concerned, the teachers who chose not to comply with the law and regulations made their choice,” he said on Star FM.

“I just don’t understand that big men running unions for years and don’t understand this process. And I have spoken in this clear manner. The next thing I know, I hear people saying on radio that Ralph tekking back all the teachers who not vaccinated and taking them back unvaccinated and tekking them back without condition and then that’s gone on a discussion about to pay them for the time they home and all kinda — I never got myself involved in any of that discussion.”

He said he had seen a report in which Robinson called for the reinstatement of the teachers.

“If you think that will commend itself to the bulk of the people in this country, well, go ahead and think so. It is that kind of an unhelpful outburst by Robinson why he’s not properly representing his membership or indeed the interests of the country.”

The prime minister said that the country was still under a public health emergency, adding that in some states in the United States are reintroducing “certain kinds of mandates inside of buildings and the like.

“Have you not read that where there’s an uptick in some places? And we will find out in a few days time, maybe another week or so, what the health authorities advise the government as they’re required to do under the law and we take it from there and then that I said, conversations with parents and conversations with other teachers,” Gonsalves said.

“As far as Robinson is concerned, all that is completely irrelevant. Yes. That’s your view. A free and democratic country, you can hold the view you want and one thing the people can expect from me is wise leadership.”

3 replies on “Take your ‘radical action’ if you want,’ PM tells Teachers’ Union”