Judge orders police to pay for unprovoked shooting of civilian 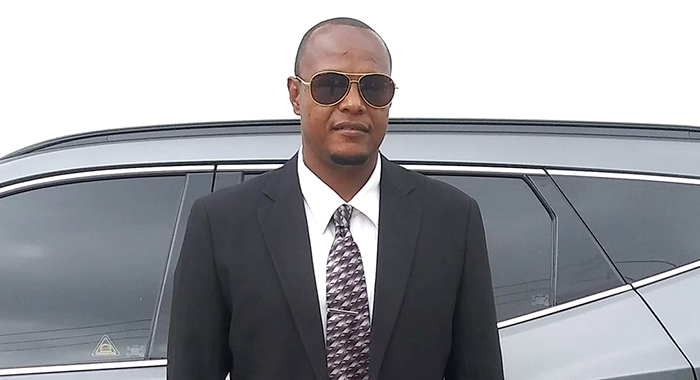 The High Court has awarded special, general, aggravated and exemplary damages to an Owia man that was shot by a police officer in an unprovoked attack in his community on March 3, 2019.

The police officer, Corporal Mohammid Lavia and the Attorney General are to pay the man, Okeno Fergus, 31, damages with interest at the statutory rate, to be assessed on application to be filed and served on or before Sept. 16, Justice Esco L. Henry ruled on July 14.

“I have found Corporal Lavia and the State liable to Mr. Fergus for assault and battery, the resulting injuries from the gunshot and damages,” the judge said in the 15-page judgement.

“I cannot understand what would drive a police officer to treat a resident of a country in the way Corporal Lavia behaved toward Mr. Fergus that morning. It was inhumane, merciless, aggressive, high-handed and totally underserved,” the judge said in the scathing judgement.

“The court cannot countenance such conduct in a democratic society where the rule of law pervades the administration of justice system and the society. If ever there was a case that attracted exemplary, aggravated and substantial general damages or loss, damage and physical, emotional and mental injury, this one certainly does. I hold that Mr. Fergus is entitled to recover special, general, exemplary and aggravated damages from Corporal Lavia and the State.”

Justice Henry further ordered that Lavia and the Attorney General pay Fergus prescribed costs to be calculated based on the quantum of damages awarded at the assessment stage.

Lavia acknowledged that he shot Fergus but asserted that far from being an unprovoked act on his part, Fergus had struck him with a bottle and he feared a repeat when he saw Fergus pick up another bottle and prepare to lob it at him.

The officer said that to repel what he considered an imminent strike, he fired the shot from his service firearm in self-defence.

Lavia accepted that at the time he was an agent and employee of the State and was acting in the course of his employment as an officer of the Royal St. Vincent and the Grenadines Police Force.

However, Fergus submitted that Lavia was not acting in defence of himself or another when he intentionally shot him.

The claimant asserted that the shooting was unjustified and caused him great suffering and pain.

He asked the court to find that Lavia intentionally assaulted and battered him without lawful justification.

But Lavia and the Attorney General, contented that Lavia was acting within the course of his duty to preserve the peace, prevent the commission of a crime or effect an arrest and at the time held an honest belief that he was defending himself against a lethal attack.

They submitted that in shooting Fergus, Lavia used only such force as was reasonable and proportionate and was, accordingly, not liable for Fergus’ injuries, loss or damage.

‘If me dotish, you dotish too’

Fergus’ case was that March 3, 2019, around 3 a.m., he and three of his friends were travelling from Sandy Bay to Fancy in two separate vehicles.

Fergus was in the front car, which was driven by Zarock Bowens. Denzil Bowens and Garvin Simmons drove behind them.

When they got to Crossroad, Owia, Denzil Bowens began to toot his horn, signalling them to stop.

Denzil Bowens disembarked and told the others that he had left his phone in Sandy Bay.

He decided to return to the neighbouring community to collect the device while the other three waited for him in the area in Owia where they had stopped.

The men had stopped near Suzie’s ship and bar, where a fete and bingo was taking place.

Fergus and his witness, Zarock Bowens, recounted to the court that while they were standing, Lavia’s brother, Marsh “Paggie” Lavia, came down the steps, with Officer Lavia walking about an arm’s length behind.

As Paggie and Lavia went past, Paggie greeted Simmons and Fergus, who returned pleasantries.

Lavia then scolded his brother, saying, “You ah shout them dotish man dey”.

Fergus said to Lavia, “If me dotish, you dotish too”.

Lavia approached Fergus and said, “Why you say de? Wha?” and Fegus repeated the earlier statement, telling Lavia, “Way we do yo? Way me f***ing do you?”

Lavia was about five feet away and getting closer, even while his brother, Paggie tried to restrain him, asking him to control himself.

The officer grabbed a beer bottle from Paggie’s hand and threw it at Fergus, who ducked so that the bottle missed him.

By this time, Lavia had reached Fergus and chucked him and Fergus repeated the question and started removing the bag he had over his shoulder.

He said he was upset and gauging himself in case the officer hit him.

He passed the bag to Bowen and immediately, Lavia pulled his service firearm from his waist and shot Fergus.

The bullet struck Fergus in his leg and he fell to the ground.

The police officer ran from the scene.

Bowens came to Fergus’ assistance and tied his t-shirt around the gunshot wound, put him in the vehicle and took him to the Owia clinic.

He could not be treated there and was taken to the Georgetown Hospital and was later transferred to the Milton Cato Memorial Hospital, where he was warded for eight days.

Fergus denied provoking, threatening or fighting Lavia, his brother Paggie or anyone else or behaving in a way which justified being shot by Lavia.

He said he was shocked and alarmed at the officer’s response and wondered if he was drunk.

Fergus was arrested and charged in July 2019 with the offence of wounding Lavia and was tried at the Georgetown Magistrate’s court, where he was convicted.

The conviction was overturned on appeal and the case was remitted to be tried by another magistrate.

The hearing has not taken place yet.

Bowens and Fergus’ accounts to the court were similar and they maintained their narrative under intense cross-examination.

In his defence, except for minor similarities, Lavia told the court a completely different story, which his witnesses corroborated.

Lavia said that he knows Fergus, who is called “Bundee Weed”

The officer told the court that around 1:30 a.m., he was in the yard at the side of Suzie’s shop when one Kenton Lorraine aka Charlie told him that Bundee Weed had come up to him, pulled a gun at him and slapped him.

Lavia said he was not on duty so he told Charlie to go to the Owia Police Station and make a report.

The officer said that a few minutes later he was in Emran Lorraine’s Company when Charlie came and told Emran the same thing. The officer said he again told Charlie to report the matter to the police station.

Lavia said he and Marsh left the event about 4:15 a.m. and Marsh was about three steps ahead of him as they were descending the steps of the shop.

While he was making his way down, one Visroy Williams told him that someone had pelted a stone behind him, resulting in an injury to his left foot.

Lavia told the court that he advised Williams to make a report to the Owia Police Station.

By then, Marsh had gone ahead of him, Lavia said.

He further said that when he finished speaking with Williams, he went into the main road where he heard loud voices and saw a group of people behaving in a hostile manner.

The officer said he saw his brother Marsh and Bowens in a tussle and he went to them, shouted, “Police!” and separated them.

Lavia said that while doing so, a group of guys from Fancy surrounded him in a hostile manner and Fergus pushed him in his chest, picked up a Hairoun bottle from the ground and struck him in his head.

Lavia said he immediately began to bleed so he took off his sweater and tried to staunch the bleeding.

He said he followed Fergus, who had, in the meantime, ran over a car parked in the middle of the road, bearing registration number PK884.

Lavia said that Fergus took another Hairoun bottle from the top of the vehicle and attempted to throw it at him.

The officer said he became extremely fearful for his life and, therefore, drew his service pistol and fired a low shot in his direction, whereupon Fergus fell to the ground and held his foot.

The officer said he was bleeding heavily and felt that he was going to pass out. Marsh, Emran, and Rohan Lavia assisted him to get a ride to the Owia Health Centre then to the Owia Police Station.

He said that at the police station, Corporal Richardson gave his medical forms that he took back to the health centre.

He said he saw a doctor at the Georgetown Hospital the next day who completed the medical forms and returned them to him.

Lavia said he is assigned to the Special Patrol Unit and because of the work they do, the team members may be called into service at any time and are permitted to always keep their service pistols.

During cross examination by Thomas, Lavia said that he had no conversation or verbal exchanges with Fergus that morning and Fergus never said anything to him.

He said that Fergus just busted his head for no reason at all.