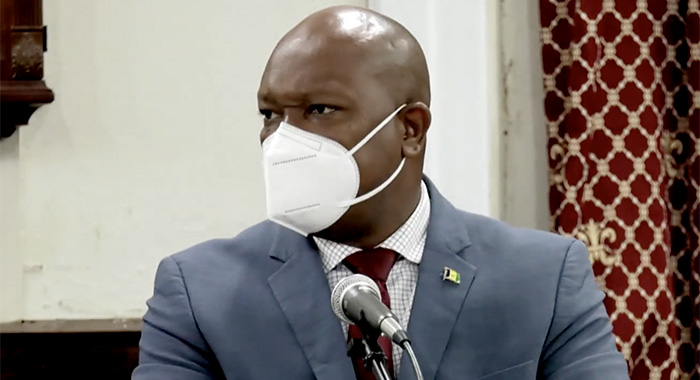 Minister of Agriculture, Saboto Caesar says that by 2050 –28 years from now — people who are now 40 years old will have to make way for a new generation of leaders.

“By 2050, we who are 40 years now will have to make room for the youth to rise. And it will be a self-inflicted indictment by our youth on ourselves if we do not rise to the occasion of leadership,” the 41-year-old minister told Parliament on Monday.

He was at the time debating a bill to authorise Parliament to borrow US$62 million towards  financing of the US$250 million new port to be built in Kingstown.

Caesar, who is into his third five-year term as an elected MP, has been identified as a potential successor for Ralph Gonsalves, 76, as leader of the ruling Unity Labour Party and prime minister.

But last Sunday, one week before the convention at which the leadership transition was expected to begin, the prime minister announced that no one had been nominated to replace him as the party’s leader.

Gonsalves, 76, said he would lead the ULP into the next general election.

His deputy will continue to be 69-year-old Montgomery Daniel, who is into his fifth five-year term as MP for North Windward.

In the November 2020 general elections, Daniel retained his seat by 62 votes amidst a challenge from first-time candidate, Shevern John of the New Democratic Party.

Caesar told Parliament that the port is another of the projects that Gonsalves will be leaving with the youth of the country — the other being the Argyle International Airport, which opened in 2017.

“And our young people must rise up and seize the opportunities before them,” Caesar said.

The younger Gonsalves, who is Caesar’s parliamentary junior, is into his second five-year term as MP for East St. George.

“I have committed before to myself that later this year I will be working to mobilise young people around this country, Vincentians at home and in the diaspora, because generations of servants will continue to change,” Caesar said.
He commended Lenski Douglas, a young engineer, who is managing the port modernisation project.

“As the prime minister and the representative for North Central Windward … had noted time and time again, that the youth must soar with our wings unclipped, which means we have to be ready for leadership,” said Caesar, a lawyer and national scholar.