Dismissed teachers not ‘necessarily going vote against’ me — PM 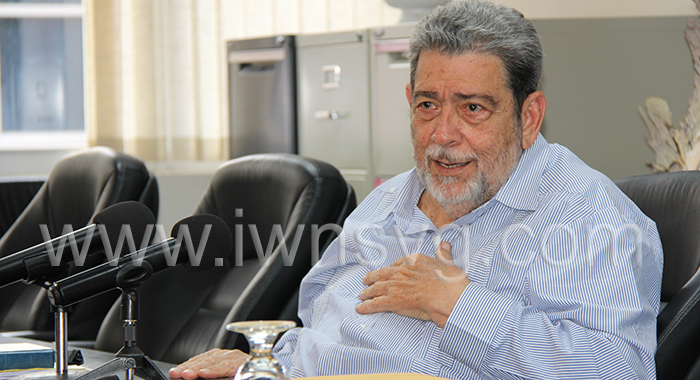 Those who think that educators who lost their jobs because they failed to take a COVID-19 vaccine would automatically vote against the Unity Labour Party should think again.

That was one of the points that the Prime Minister Ralph Gonsalves made, on Tuesday, as he urged — yet again — teachers dismissed over the vaccine mandate to reapply for reemployment.

“This is another appeal. I see it says that I’m making this appeal that I’m doing this because I ‘fraid that when 2025 some the teachers will punish me. Is 90-something per cent of the teachers have taken the vaccine.

“They have a view too, you know. And you think that because somebody doesn’t take the vaccine, and they, by their choice, abandon their job, you think they’re necessarily going vote against Ralph? You think is a one-to-one relationship like that?” he told a press conference in Kingstown.

The government is encouraging unvaccinated teachers and other public sector workers who were dismissed over the CVID-19 vaccine mandate to apply for re-employment.

These workers may be rehired under a regime that includes mandatory use of facial masks in the workplace, adequate physical spacing, and mandatory testing for COVID-19.

Some people have noted that in an Aug. 2 press release, Chief Personnel Officer Arlene Regisford-Sam said, “Employment of unvaccinated persons in the employment categories stated above may be on a contractual basis, initially.”

On Tuesday, Gonsalves explained why the employment might be on a contractual basis.

“There are some persons by their own articulation and their own conduct may be recalcitrant to take — they say yes they’re coming but they will take the test but when you employ them they don’t take the test. So then what you’d have to do, without some document where you undertake to do that, what you will do? You then have to … set up a tribunal, you go through the whole process. The Public Service Commission suspend them on half pay or whole pay. So, you think you have a teacher but you don’t have a teacher,” Gonsalves said.

“Man and woman could talk, you know, but I have to have a responsibility to the parents and the children of the country, the students,” he added.