Dead woman appears to have been sexually assaulted – sources 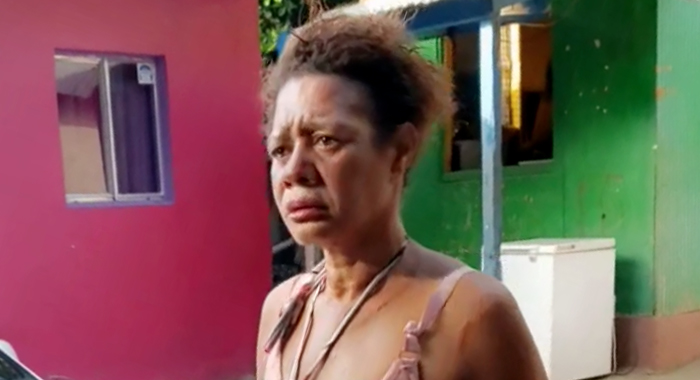 The woman who was found dead at the tarmac of the decommissioned ET Joshua Airport, on Thursday, had a piece of PVC conduit protruding from her vagina.

People who saw the body told iWitness News the woman’s underwear was below her knees, and her pubic area exposed, fuelling speculations that she might have been sexually assaulted.

The body was found near four shipping containers towards the northern end of the runway.

Police are said to be treating the death as a homicide, and, if confirmed as such, it would bring the tally in St. Vincent and the Grenadines this year to 28.

The dead woman has been identified as Keisha Small, of Arnos Vale/Pole Yard, originally of South Rivers.

She is believed to be in her mid to late 30s.

People often use the decommissioned runway to exercise.

Small’s body is said to have been found by people who were exercising early Thursday morning.

Below is a police statement on the death, which was issued after the publication of our initial report:

August 25, 2022, Kingstown – Members of the Major Crime Unit were alerted and responded to the discovery of a female body at the decommissioned ET Joshua Airport Tarmac at about 6:15 a.m on Thursday, August 25, 2022, at Arnos Vale.

On arrival at the scene, the body of Veronica “Keisha” Small was met with a piece of PVC pipe inserted into her body. Small was later pronounced dead by the District Medical Officer (DMO). A postmortem examination is expected to be carried out on Small’s body to ascertain the exact cause of death. The circumstances surrounding her death are unknown at the moment.

Persons with information that can assist with this investigation are encouraged to contact the Assistant Commissioner of Police in charge of Crimes at telephone number 1-784-457-1211; the Officer-in-charge of the Criminal Investigations Department/Major Crimes Unit at 1-784-456-1810; or any police station or police officer you are comfortable speaking with. All information received would be treated confidentially. Investigations in the matter are ongoing.