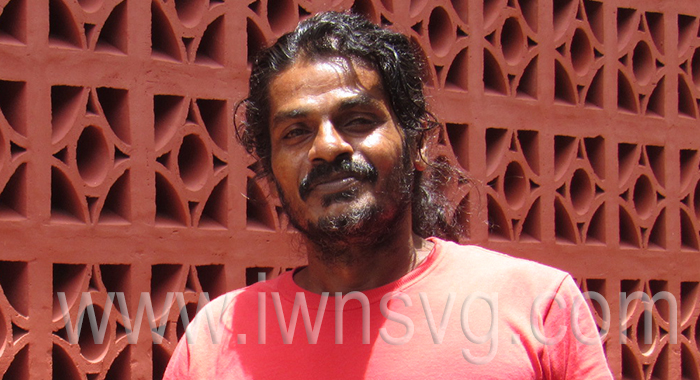 Keith Labban walks out of the Georgetown Magistrate’s Court on Monday, Aug. 29, after a theft charge against him was dismissed.

A Georgetown farmer was, on Monday, freed of a theft charge one week after his daughter asked to surrender as a surety for him.

On July 12, Police Corporal 513 Pilgrim charged the man, Keith Labban aka “Coolie Cat” and “Shadow”, of Chilli Village, that on June 17, at Redding Mountain, Grand Sable he stole one goat, valued at EC$400, the property of Glenroy Charles, of Brownstown, Georgetown.

On Aug. 8, Labban appeared before magistrate Bertie Pompey in connection with the matter.

However, Prosecutor Corporal 817 Stapleton told the court that Labban’s case file was still at the Office of the Director of Public Prosecution.

The matter was adjourned to the following week and Labban was granted bail in the sum of EC$1,000.

On the scheduled date, the matter further adjourned to Aug. 21.

On Aug. 21, Labban’s daughter and surety, Kimberly Huggins, appeared before the court saying she wished to surrender the surety bond.

Her father was absent.

“You have to get him to come to court and then you can surrender. I was at pains to explain to you,” Magistrate Bertie Pompey told Huggins, who complained that she had not seen her father since Aug. 15.

“… he’s basically avoiding me,” the surety told the court, adding that her father was  deliberately neglecting to attend court.

Pompey told Huggins that if she saw him, she could seek the assistance of the police to get him to court.

The magistrate set the next hearing for Aug. 29.

At the trial on Monday, Aug. 29, the virtual complainant, who is also known as “Rasco”, testified that he owns 45 goats and sheep.

Charles said that on June 16, he left a brown, pregnant goat in the mountain.

“I went back to the mountain the next day and I didn’t find the goat. I was looking and I found the goat skin and belly and I know that this man took my thing but I didn’t have proof,” Charles said.

He said he reported the matter to the Georgetown Police Station but was told that he had “no strong evidence” so he went back home.

Charles said he later received certain information and made another report at the said station.

Rodney Williams, a witness for the prosecution, told the court that he owns a cattle and rears it on the same flat, grassy land at Redding Mountain.

“I see him (Labban) take up the goat rope, going with the goat — same goat belonging to Rasco.”

Williams said sometime later, he had a conversation with Charles and informed him that he had seen Labban with the goat.

Williams said that on Aug. 18 he went back to the mountains and saw the goat belly (entrails).

“I didn’t see no skin or nothing.”

At first, Labban, who said he plants peanuts and did not own any animal, told the court he had nothing to say in his defense.

“They (Labban, Charles, Pilgrim) didn’t meet me with anything,” he, however, said.

“I working on the same piece of land Rodney works since after Soufriere [erupted] and I know Charles coming up there almost every day to graze his animals but I never see him tie any when he’s leaving in the evening,” Labban said.

“Tell me, where is the skin?” the magistrate asked.

Corporal Pilgrim told the court that she visited the shed on the land belonging to the defendant and “there wasn’t anything in it”.

“I am not satisfied that the prosecution has proven its case beyond reasonable doubt,” Pompey said.

“Rodney Williams said he saw him (Labban) with the goat the morning which could be true but he (Williams) didn’t confront or ask him (Labban) anything.

“I am not satisfied beyond reasonable doubt,” the magistrate said.

“In reality, I am a realist, yes, it could be he (Labban), but the evidence is not there for me to convict him and the case cannot be sustained,” Pompey said and dismissed the case.