‘… they in the Unity Labour Party know that they have something coming at them,’ Leacock says 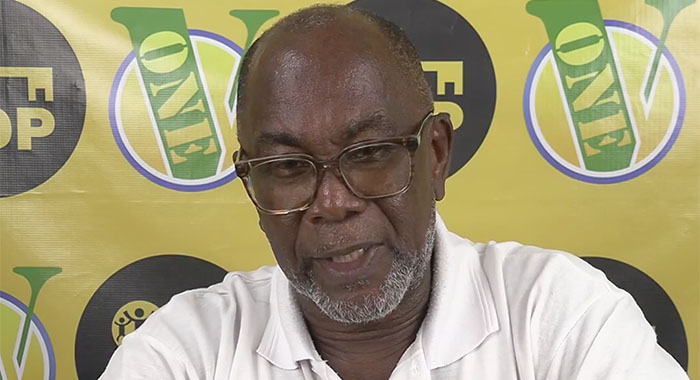 The opposition New Democratic Party was not involved in the recent negotiations between the government and trade unions that led to a 7% increase in salary, but says it played a role in the outcome.

NDP Vice-President, St. Clair Leacock, who is acting as party leader, said the party recognised the accomplishment of the unions in securing the salary increase.

He said that while the NDP “quietly or not so quietly stayed in the background, let no one fool you, … the politics and the pressures of the president, executive and membership of the New Democratic Party on the government of the day, has played its role in this exercise”.

Speaking on the party’s programme on NICE Radio, on Monday, Leacock said that the NDP has been “in the vanguard for years highlighting the fact” that the Unity Labour Party (ULP) administration, a labour government, can hardly provide evidence of their “labourness”.

The ULP has not recognised the value of collective bargaining for nearly 20 years, Leacock said, adding that NDP has highlighted this on many of its platforms.

“And even a Labour government of the nature of the ULP can’t be devoid of conscience when it is necessary for their own survival,” he said.

He said that the unions have been very robust and representational of their members.

Leacock further said that the NDP has said that it will reinstate the hundreds of workers who were fired under the COVID-19 vaccine mandate.

“Whether persons who have been dismissed as teachers want to vote for the ULP again because their umbilical cord is so tied, is not our business. But we have a charge to represent the greatest good of the greatest number and that we can lend support to stakeholders, important stakeholders, like the trade union movement, in their just and legitimate cause,” Leacock said.

He said he was addressing the matter with all the care that one has to.

Leacock said that the NDP is glad that the workers “got something” out of the salary negotiations.

“It is our prerogative to say we are sorry that they didn’t get what they deserve. But we are exceedingly glad that they got something,” he said, adding that the NDP found that a 10% increase in salary “was a fair ask”.

“And had the NDP been in office, our offering would have been much greater than that of the 7%. There is this fixation, and this is not pointing fingers here, where we continue to have this notion that 7 is greater than 10.”

The union leaders have said that while they had asked for a 9% increase, 7% was reasonable.