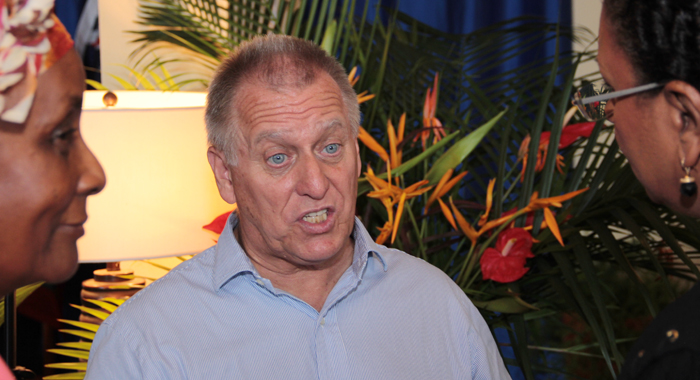 St. Vincent and the Grenadines has not suffered reputational damage from the crimes of naturalised Vincentian Dave Ames, who built a hotel in the country with money from a Ponzi scheme.

“I don’t see that we have suffered any reputational damage,” Prime Minister Ralph Gonsalves told a press conference in Kingstown on Tuesday.

“If we had suffered reputational damage with that, I don’t think Sandals would be here. They’re a very reputable company. The proof of the pudding is in the eating.”

Britain-born Ames, 71, invested UK pensioners’ money in Buccament Bay Resort and acquired Vincentians citizenship in light of his investment in the country.

However, his Ponzi scheme began to unravel around 2016 and the resort was closed and Ames fled St. Vincent as he was to be summoned to court on theft and tax evasion charges.

Last week, a court in England sentenced him to 12 years in jail for running what a judge described as a “gigantic Ponzi scheme”.

“Well, it is unfortunate that the persons who invested their money from the United Kingdom lost their money,” Gonsalves said.

Gonsalves, a lawyer, pointed out that the court heard the evidence and came to a particular conclusion.

“Dave Ames would have all the rights attendant upon somebody who is convicted. I don’t know if he’s appealing or what,” Gonsalves said.

“But I will tell you this as a practical matter: it is unlikely that if Buccament wasn’t built, that we’d have had a Sandals starting from scratch here.”

The government acquired the resort then sold it to Sandals Resorts International, which is building a Beaches resort at the site.

Gonsalves said that SVG was not the only place in which Ames used pensioners’ money.

“… Buccament is the only place that you had a real asset,” he said, adding that Ames had also invested in St. Lucia Barbados, and the Dominican Republic.

“I don’t see the reputational damage because they have had projects in the United States, people in this or that state or this or that area of the United Kingdom … have done things which are adjudged to have been fraudulent and the respective entities haven’t suffered …, the countries haven’t suffered any reputational damage,” the prime minister said.

“Dave Ames came here as an investor. He had monies from funds, as it turns out, pension funds, people invested monies. It is clear that there was gross mismanagement of these monies. And the court has found that there’s criminality involved in this,” Gonsalves said.

“But very interestingly, nobody in St. Vincent and Grenadines has been involved in any of this criminality. At least I don’t think anybody has been identified. Nobody, quote unquote, fingered, in this way. Certainly, nobody in the government. I could tell you that, emphatically.”