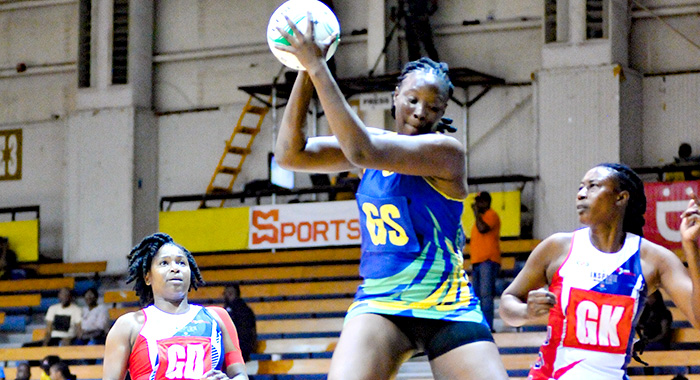 SVG goalshoot Mary-Ann Frederick collects a pass during the World Cup Qualifier in Jamaica in October.

St. Vincent and the Grenadines defeated the United States 51 – 24 in their opening game of the Netball World Cup Qualifiers in Jamaica on Sunday.

The team however, lost 35 – 74 to Jamaica in a non-qualifying match later Sunday evening.

Jamaica is hosting the qualifiers for the 2023 Netball World Cup in South Africa.

Henry, a sports journalist and photographer, is accompanying the team as media liaison.