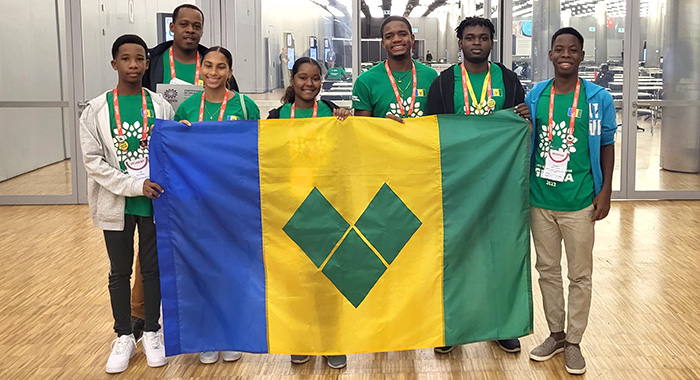 SVG Robotics, the team that represented St. Vincent and the Grenadines at the FIRST Global Challenge robotics competition in Geneva, Switzerland has outperformed engineering giant countries such as The Netherlands, Canada and United Arab Emirates.

The team’s greatest achievement at the competition was the attainment of the FIRST Global Safety Award for exemplifying safe engineering design of the robot, safe engineering practices as well as safe gameplay during the ranking matches.

This year’s competition ended on Sunday and SVG ranked 80th out of 164 countries that attended the competition and 6th out of 12 Caribbean countries.

“The team mentors, Brodlon Daniel and Deaney Gellizeau are very elated for the opportunity to nurture the students to represent their country at the multinational level and hope to further their accomplishments upon their return, to propel SVG as a pioneer for STEM and Robotics in the Caribbean,” the team said in a statement.