Govt ‘will not dictate wages to the private sector’ — Finance Minister 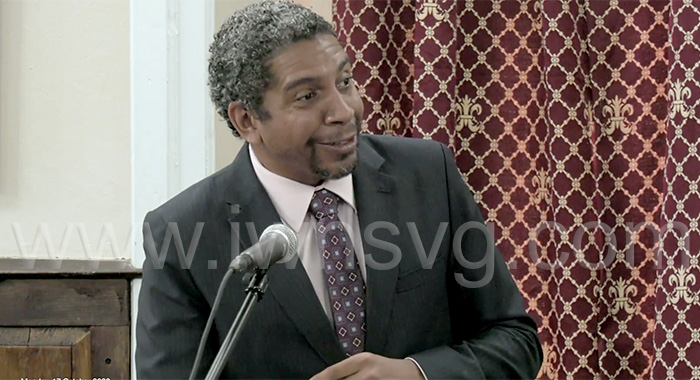 The government of St. Vincent and the Grenadines “cannot, does not and will not dictate wages to the private sector,” Minister of Finance Camillo Gonsalves told Parliament, on Monday, as he responded to a question about whether the government would “address the issue of wages and salaries for private sector workers”.

Gonsalves, who is also minister of economic planning and information technology, was responding to a question from East Kingstown MP, Fitzgerald Bramble.

Bramble, an opposition MP, noted that the government has indicated its intention to increase salaries for public servants from 2023.

“That is a bridge too far … because that is not what we do — at least not in this system of governance,” Gonsalves said.

“But I will answer the question in this way: The government cannot, does not and will not dictate wages to the private sector. That’s the first point. However, there are a number of things that the government has done, is doing and will do that will have a positive effect on the wages of private sector workers.”

He said that when the government announced salary increases for public servants, beginning next year, it also announced that it was convening the Wages Council before the end of this year.

“And that that Wages Council is expected to increase the minimum wage for all workers. That is, private sector workers as well.”

He said that in reducing personal income tax and increasing the threshold for taxes – also from next year — it means that all workers — public and private sector workers — will pay less income tax next year, which will mean they will have more money in their paycheque next year.”

Gonsalves said the tax cuts as well at the corporate level will allow private sector employers more money on hand, which they can then invest in their workers, either in the form of hiring additional workers or in increasing their wages.

“So, the government has, from the minimum wage, from the tax threshold and from the reduction of income tax, already positively impacted the take-home pay of the private sector workers in St. Vincent and the Grenadines.”

He said that if more people are getting jobs, “labour becomes scarcer, you have to offer more money to get people to leave where they’re working to come out by you.

“So, if you are raising wages, in the public sector, and if your economy is growing, and more people are being employed as a result of growth, it has an upward effect on private sector wages.”

“… If unemployment is low, wages will have to climb,” Gonsalves said, adding that

hours per worker and inflation affect private sector wages “because the private sector employee will also be able to make demands of their employer for wages.

Gonsalves said that minimum wage, taxes and growth in the economy are not designed to address private sector wages but have developmental objectives.

“And a by-product of that is that wages increase, but that’s not what we’re doing to address private sector wages,” the finance minister said.