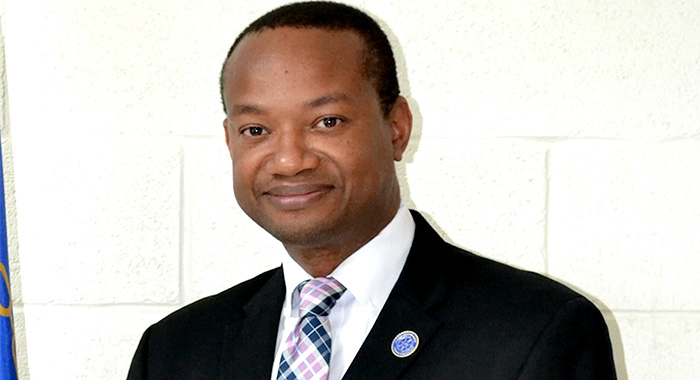 Grenville T. Williams, who recently announced his intention to make a second attempt to become the ruling Unity Labour Party’s candidate for South Leeward, is the main person being considered to replace Attorney General Jaundy Martin.

“As far as I am aware a number of persons are being considered as the current AG is scheduled to demit office in a few weeks. I believe that my name is in the mix.  However, as you are aware those decisions are made by a number of stakeholders,” Williams told iWitness News on Friday.

Sources in the know tell iWitness News that Williams has been appointed to the post.

He told lawmakers, on Monday, that the current meeting of the national assembly, which continues next Monday, will be Martin’s last as attorney general “because he demits office of his own volition to be with his family at the end of this month.

“And, on Oct. 12, Her Excellency the Governor General, acting pursuant to the relevant constitutional provision, wrote a letter to his successor and perhaps before the end of today’s proceedings, I can speak to that. But, certainly, on Monday the 25th.

Gonsalves announced on Sept. 5, that Martin will leave the post at the end of October, after a five-year stint.

The prime minister said that Martin has served well and the government had asked him to stay on for a month after his contract ended in September.

“He has his family. He has to go and be with his family who lives overseas,” said Gonsalves, who is also minister of legal affairs,” Gonsalves said.

He, however, did not announce Martin’s replacement in Parliament on Monday.

At an Oct. 4 press conference, the prime minister was asked about the appointment of a new chief legal advisor to the government.

“I can say that the process of consultation has been completed under the law, under the Constitution, and I have been informed by the Judicial and Legal Services Commission that someone has been approved to begin the work as of the first of November,” the prime minister said, adding that he had seen the correspondence.

He said he hoped to make the announcement by Oct. 17, but noted that there would be two meetings of Parliament in close succession before independence – Oct. 27.

“But because the important matter here is that the Judicial and Legal Services Commission, headed by the Chief Justice, has already made a determination and then the Chief Justice has to go to the Governor General who will make the formal appointment,” Gonsalves said.

“And then of course, the chief personnel officer has to be involved. The accountant general … — the person has to be paid; his name has to be put into the system,” he said.

Some observers interpreted this comment to mean that the person is not currently employed by the government.

“So, it’s a he,” the prime minister was asked, in light of the fact that he had said “his name”.

“Well, I might have made an error. That’s why I changed it to the person,” Gonsalves said.

In 2015, Williams, a national scholar who was then director of the St. Vincent and the Grenadines Financial Investigations Unit (SVGFIU), failed in his bid to become the ULP’s candidate for South Leeward.

He withdrew his bid at the primary and endorsed Jomo Thomas, another lawyer, who went on to lose against the main opposition New Democratic Party’s Nigel “Nature” Stephenson, who also retained the seat in 2020 amidst a challenge by the ULP’s Minerva Glasgow.

Williams is currently director, Asset Recovery Unit (ARU) of the Regional Security System, which is based in Barbados.

His role includes capacity building, legal and regulatory strengthening and enforcement in countering serious organized crimes and money laundering across the Eastern Caribbean.

He first joined the ARU as Regional Financial Investigations Advisor.

Williams spent 10 years at the SVGFIU, eight of which he was its director.

During his tenure as director of SVGFIU, the unit became internationally recognised as a centre of excellence in financial investigations related to proceeds of crime and the recovery of assets.

He provides training and expert advice at numerous compliance and money laundering engagements worldwide in places such as Taiwan, Washington DC, Brazil, Jamaica, Barbados and the OECS.

Grenville is an attorney-at-law and obtained his Bachelor of Laws Degree from the University of the West Indies and Legal Education Certificate from the Hugh Wooding Law School.

He holds a Masters of Law (LLM) with specialisation in banking and finance from the University of London and a Post-graduate diploma in compliance from the International Compliance Association.