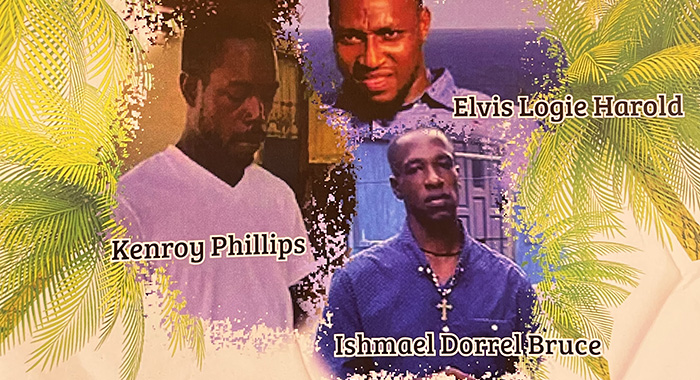 Ismael Dorrell Bruce, of Clare Valley, is buried at the Chauncey cemetery on what would have been his 40th birthday.

He was older than the four fellow residents of his community buried alongside him after a joint funeral.

Bruce, along with fellow villagers Giovanni Barker, 21; Khalil Robin, 29; Kenroy Haywood, 29; and Elvis Harold, 30; died on Sept 11, when the minibus in which they were travelling to a funeral in Owia overturned in Sandy Bay.

Hundreds of mourners attended the funeral service at the Clare Valley Playing Field.

However, it was residents of the village, who felt deepest the impact of the tragedy.

Politicians came together in an attempt to help comfort the grieving community and the nation as whole.

The mourners drew on their Christian faith, and the solace of music to help them cope.

The community found strength in being close to their loved ones, including three incarcerated villagers, who attended the funeral under police escort.

The men have left behind young children, including Robin’s eight-month-old baby who will never know the love of his biological father

However, there is also little Elvanique, who has to grow up knowing that after she was 6 years and nine months old, her father Elvis Harold, was suddenly no longer there.

Some of the survivors of the accident also have a long way to recovery and to adjust to live with the physical and mental scars of their ordeal.

For the second time, in less than a decade, another community in St. Vincent and the Grenadines is united by multiple deaths resulting from a minibus accident.

On Jan. 12, 2015, seven students from Fancy died when the minibus in which they were travelling to school crashed at Rock Gutter, which, like Sandy Bay, is located in north windward.

These deaths should, invariably, raise questions about public safety on the nation’s roads, and the extent to which similar incidents can be averted.

However, these might be issues for another time, as Clare Valley and the nation is still reeling from the death of five people in a minibus accident.