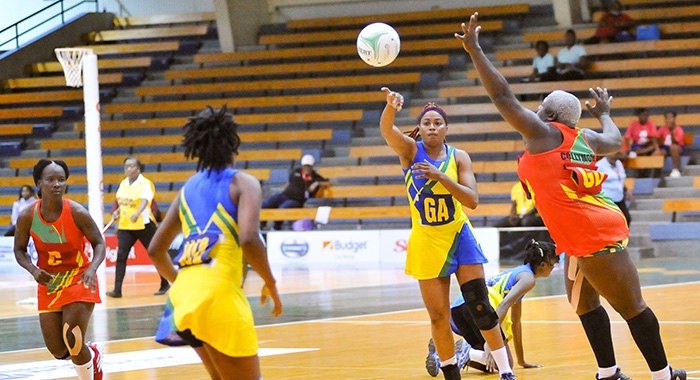 St. Vincent and the Grenadines have failed in their bid for a place at the Netball World Cup in South Africa next year.

Barbados will join Trinidad and Tobago and Jamaica at the international competition after they finished in the top spot at the Netball World Cup Regional Qualifiers, which ended in Jamaica on Saturday.

The Vincentians gained 10 points from 5 wins and 2 losses, behind second place Barbados, on 12 points from 6 wins and 1 loss, and Trinidad and Tobago, who gained 14 points from 7 victories.

The Vincentians remain one of the top four netball teams in the Caribbean, after defeating Grenada by a 19-goal margin on Saturday.

The first quarter was a closely fought affair, ending at 16 – all, but SVG, despite a limited number of available substitutes due to injuries, led in the subsequent three quarters 37-28, 49-41, and final score 69-50.

The Vincentians also won their matches against Antigua and Barbuda, St. Lucia and the United States and lost against Barbados, as well as a non-qualifying match against Jamaica.

All games played against Jamaica were not qualifying matches and were played only for ranking points.