‘Savage’ fails to return to court after ‘theatrics’ during trial 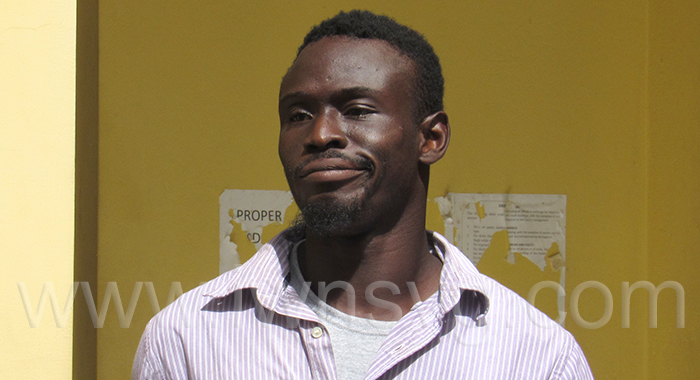 The Georgetown Magistrate’s Court has issued a bench warrant for a wounding accused, one week after his trial was suspended because he twice complained of feeling unwell.

One week earlier, Cato was being tried for wounding when he complained, twice, that he was feeling unwell.

The  magistrate adjourned the trail.

“So all those things Cato was putting on were really theatrics?” Pompey said, referring to the accused man’s behaviour the previous week.

“I really believe so because we could have completed that matter on the same day,” the prosecutor, Corporal of Police Delando Charles said.

Last week Monday, Oct. 24, at 12:39 p.m., while the third and final prosecution witness, Police Constable 764 John was giving evidence, Charles informed the court that the defendant complained of not feeling well.

Cato told the court he was feeling “dizzy and needed something sweet to eat”, adding “maybe a sweetie or something”.

He was given a chair and a sweet and at 12:42 p.m., the defendant said he was feeling “much better”.

At 12:55 p.m., as the prosecutor was about to show video evidence of an electronic interview, Cato again complained of feeling ill and began to unbutton his shirt in the courtroom.

“Look, I understand how you are feeling but you are still in the courtroom. You have to ask the court’s permission to unbutton your shirt,” Pompey told the defendant.

After deliberating with both prosecutor and defendant, the magistrate adjourned the matter.

Cato sat on the prisoners’ bench until about 1:45 p.m., when a surety signed his bail bond for an unrelated matter that day.

As he sat on the bench, Cato made no further complaints of feeling unwell.

Cato was originally charged with attempted murder but on Aug. 22, Prosecutor 817 Stapleton told the court he was withdrawing that charge.

Instead, Cato appeared before Pompey on that same date charged that on Nov. 27, 2021, at Spring Village, Georgetown, he unlawfully and maliciously wounded Hyron Ryan of Spring Village.

At Monday’s sitting, Charles asked the court to issue a bench warrant for Cato.

The magistrate issued the bench warrant and adjourned the matter to Nov. 14.

However, Cato is scheduled to appear before the same court next Monday on a separate and unrelated charge.