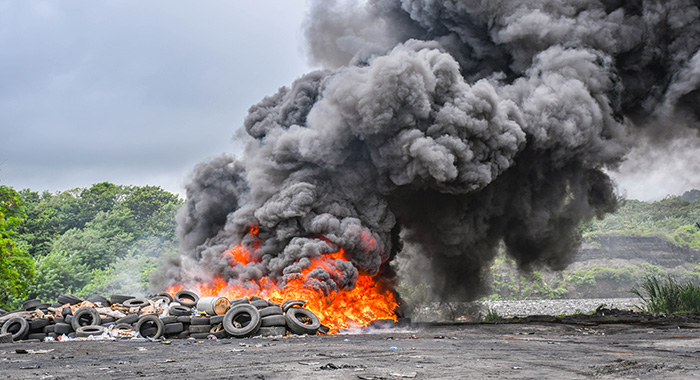 The illegal drugs, which police seized during operations between 2019 and 2022, were destroyed in keeping with the order of the court.

The cases involving the drugs have all been concluded in the court, therefore an order was made by the court for the destruction of the drugs.

The drugs were burnt at the Rabacca Dry River.