Criminal stealing number plates to use during criminal activity 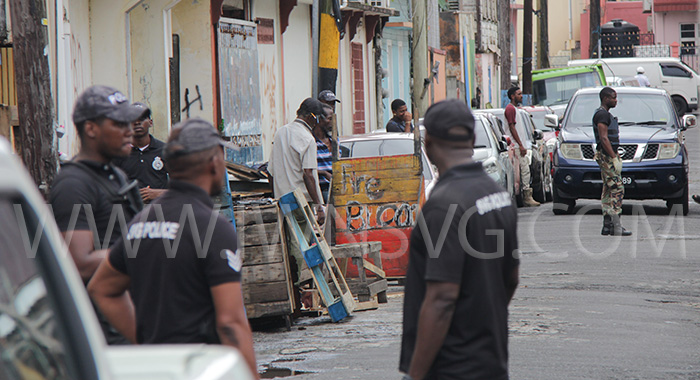 Detectives in St. Vincent and the Grenadines are investigating the apparent theft by criminals of random registration plates, which they then affix to vehicle used in criminal activities.

Police are also looking into the possibility that criminal are also ordering random number plates for such use.

In SVG people do not need any special documentation to order or have a vehicle registration plate made.

However, company records could help to trace a registration plate to the person who ordered it.

Over the last week, police seized three registration plates along with a firearm, ammunition, bulletproof vests and face masks found in vacant buildings in three areas of Kingstown.

The items were recovered during searches conducted in Frenches, Rose Place, and Paul’s Avenue, three communities in the city and its suburbs.

The latest search was conducted in Paul’s Avenue, located in the heart of Kingstown and saw police arresting and charging Cameron Providence, a 62-year-old Shopkeeper of Paul’s Avenue.

Sometime after 2 p.m. Thursday, a large number of officers from the tactical units of the police force, including the Special Services Unit, Rapid Response Unit, Special Patrol Unit, and the Criminal Investigations Department, conducted searches in a section of Paul’s Avenue, blocking off vehicular and pedestrian traffic as they did so.

Police said in a statement on Friday that the search led to the seizure of several illegal items, including narcotics, a 9mm pistol, and EC$2047.50

“The operation which was carried out on Thursday, November 10, 2022, targeted the trafficking of illicit drugs, firearms, ammunition, and other forms of illegal activity,” the Police Public Relations and Complaints Department said in a press statement.

“During the operation, authorities recovered 3,020 grammes of cannabis, one Beretta 9mm pistol, one magazine containing two blank rounds, and several items suspected of being stolen or unlawfully obtained.”

Police said that Providence will appear in court to answer charges in connection with the seizure.

Meanwhile, iWitness News was reliably informed that acting on information received after the double murder in Redemption Sharpes last Saturday, Nov. 5, police conducted, on Sunday, a search of an unoccupied house in Frenches, where they found 31 rounds of .9mm ammunition, one body-fitted suit with a facemask attached, 244.4 grammes of cocaine, one rifle magazine, and a single registration plate, number P6052.

Sources say that police are exploring the possibility that criminals are stealing random people’s registration plates and affixing them to their vehicles while committing crimes.

Police are asking persons with information that can assist with the arrest and prosecution of the person(s) associated with the illegal items recovered during the raids to contact them immediately at telephone number 1-784-457-1211 or 999.

“All calls will be treated confidentially,” police said.