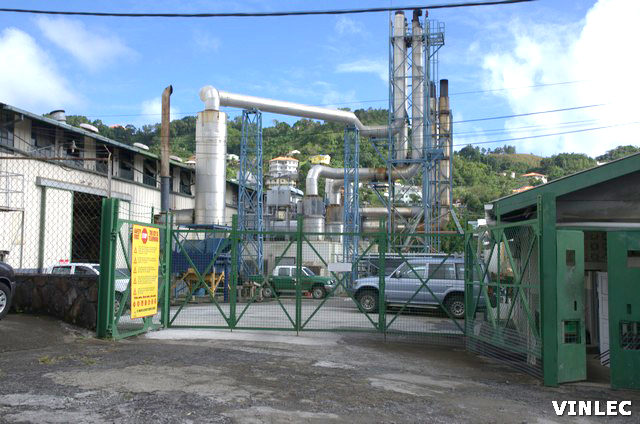 “We have a lot of rain so hydro is producing pretty much at the maximum and, generally speaking, we should have had a reduction,” Gonsalves said on NBC Radio.

He said he called the state-owned generator of electricity, VINLEC, on Monday and learnt about the increase in the surcharge.

The increase comes amidst heavier rainfall than in previous months, and even as the country has received its first shipment of fuel in years under Venezuela’s PetroCaribe arrangement.

“But what happened is this: the distributor, SOL, provides between 40 and 45% of the fuel which is consumed for electricity,” Gonsalves said, adding that the main power plant, located at Lowmans, consumes about 55 to 60% of the fuel.

“And now we’re getting PetroCaribe, we’ll see the impact of PetroCaribe in the January bill because of the backlog of other supplies.”

He said that the Cane Hall power plant only has fuel storage for generation of electricity for two days, so Sol supplies that plant as well as those in the Grenadines — 40-45% of the fuel used nationally for electricity generation.

He, however, said he has asked the Director General of Finance and Planning and VINLEC “to examine the base price, the basis upon which the price is calculated because, generally, energy, the pricing of it in the marketplace, is a very complex issue.

“But I want to make sure that we’re getting the best of the arrangements. So, we have to use our brain power there and delve a little deeper than we have dealt,” Gonsalves said.

He said “the ideal thing would be now that Petrocaribe has started back to see if Sol will buy the fuel from PetroCaribe, where we have the discount for the delivery of Cane Hall”.

He said VINLEC has calculated that at the “current average price of the fuel”, which will take effect when the current stock is used up and the PetroCaribe kicks in — in January 2023 — the fuel surcharge will fall by about 10 cents.

“I’m hoping for more. That is something we have to look at but the problem is this: PetroCaribe will only supply under the current arrangement if Sol continues to provide 40 to 45% nationally,” Gonsalves said.

He said that whatever savings are made at the Lowmans power plant “will be diluted to the extent that what Sol provides doesn’t have the 35% discount” that PetroCaribe does.

“I can hear people saying, ‘Well, why don’t you take Sol completely out of the picture and let Petrocaribe deliver to Cane Hall, too?” Gonsalves said.

“Well, on an island you have to consider both price and security. If something happens with the PetroCaribe agreement, as happened before, you need to have a secure supplier, another supplier, to which you can turn so that if you don’t have another supplier, you could be left in the lurch…

“So, when somebody says, ‘Only 10 cents [reduction in fuel surcharge] and it’s 35% [discount on the PetroCaribe fuel]?’ they don’t understand and they’re not listening.”

Earlier this month, VINLEC said that under the most recent PetroCaribe arrangement, fuel is being supplied to the Lowmans Bay Power Station at a discounted rate, adding that the first shipment arrived in the country on Oct. 22.

“The full impact of the cheaper fuel will be reflected in January 2023 bill, as the company continues to use fuel from a previous stock to generate electricity,” VINLEC said

“The savings, as a consequence of the PetroCaribe arrangement, will be reflected in the fuel surcharge calculations and will result in a projected reduction of approximately $0.10 based on present market rates for fuel.”