Farmer says alleged cattle thief like a brother to him 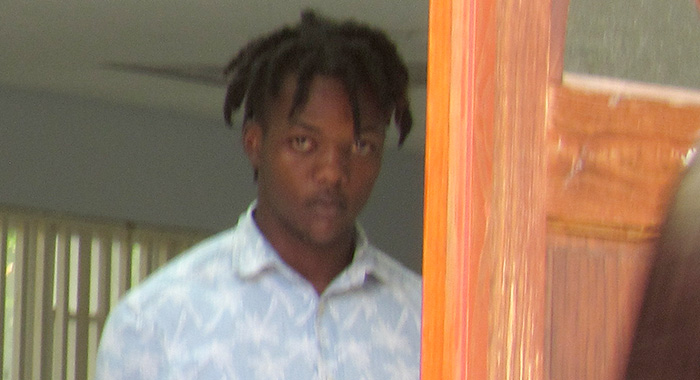 Magistrate Bertie Pompey has questioned the fraternal relationship between two men, one of whom allegedly stole the other’s cattle.

Kenneth Wilson, 20, of Vermont, along with a 16-year-old youth form the community appeared before the Magistrate’s Court, on Monday, charged that between Nov. 11 and 12, at Vermont, they stole one black heifer, valued EC$1,000, the property of Kerwin Lewis, of Vermont.

The teen pleaded guilty to the charge and was sentenced to four months in prison, suspended for a year.

After the sentencing of the teen, the prosecutor 817 Corporal Stapleton told the court that the complainant wanted to say something.

Lewis then took to the stand and told the court that he wasn’t offering any evidence against Wilson, saying Wilson is like a brother to him.

“He’s like a brother to you? Brother doing brother that?” Pompey said.

“I can still proceed against you,” Pompey told Wilson. “It’s a crime against the state. If it’s a civil matter, you can refuse to come court if you wish but this is a case of criminal act…” the magistrate said before dismissing the matter.

“Poor man you all trying to deprive. This is his existence. This is how you want him to exist? Deprive him by stealing his cattle? Is not a goat nor fowl,” the magistrate further said.

Earlier, the magistrate told the teen, who cannot be identified in this article because of his age, that if he had his way, he “would be committed to prison”.

Pompey told the teen: “Livestock rearing and agriculture are basically what you all rely on in the community. Instead you try to help and do something, you gone and strike somebody. You deprive and discourage them from planting. Stealing their animals, they (farmers) don’t want to be engaged in this type of activity any longer because of theft. You are a lucky, lucky guy because I was going to commit you to prison,” the magistrate said.

The facts of the matter are that on Nov. 10, the complainant tied his cattle, securing it with a rope and chain to an iron stake next to his house.

The next day, about 6 a.m., Lewis went back to the land and the cattle was missing.

CCTV footage from a property showed three men walking in the public road with a black heifer about 3:30 a.m.

On Nov. 12, at 4:40 p.m., Lewis and the teen arrived at the Vermont Police Station and Lewis told the arresting officer that the defendant had admitted to stealing the cattle.

The cattle was retrieved from the mountains and returned to Lewis.

In mitigation, the teen told the court that before he went to the police station, he had gone to Lewis, who told him, “Once I get the cattle, everything go finish.”

Pompey said that Lewis probably had all kinds of plans for the cattle.

“… but people like you, young strong, hardback young man going to deprive the man of his cattle. He has a family, not so?” the magistrate said.

On learning that Lewis was in the courtroom, Pompey told him to stand in the dock.

Lewis told the court he has had the cattle for two years.

The magistrate told Lewis he would leave sentencing to him.

“Give him a chance,” Lewis said, adding that he had told the defendant that he would inform the police once he had gotten back the animal.

Pompey, therefore, handed down the suspended sentence, and informed the teen that if he commits another offence over the next year, he would go to prison for four months, in addition to any punishment for the other offence.