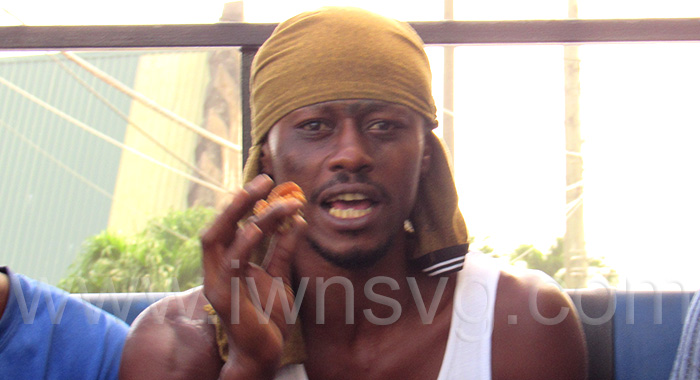 A Byera man who assaulted a fellow villager who he accused of knowing the whereabouts of a missing gas bottle, has been fined and ordered to compensate his victim.

Roneake Burke accused Stephen Woods of knowing where his gas bottle was, and, as a result, attacked Woods at a shop in the community.

Burke appeared before Magistrate Bertie Pompey at the Georgetown Magistrate’s Court and was found guilty of a charge that on July 28, he assaulted Woods, occasioning actual bodily harm.

Woods told the court that on that date, at about 7 p.m., he was sitting on a stool at Sally’s shop in Byera with one “Samuel” having a beer.

He said he had just one drink from the beer and placed it on the shop counter when the defendant came, and they “buss it” — greeted each other by bumping fists.

Woods said that Burke then tapped him on the back and asked about a missing gas bottle.

“I told him I do not know anything of any gas bottle,” Woods said, adding that Burke kept touching him so he told Burke, “Man, no touch me up so nah. Me nar b**l! (I am not gay!)”

Woods said Burke then “came in front of me and pull the beer bottle in me face and buss way me whole eye. And then he gave me one box with the other hand, right on my jawbone here, then he leave and go”.

PC 763 Roberts, the other prosecution witness, told the court that about 7:30 p.m., while he was on duty at the Colonarie Police Station, Woods visited and made a report against the defendant.

Roberts said he observed the defendant had bruises over his right eye and what appeared to be blood coming from it.

Woods was given two copies of a medical report of injury form and told to visit the doctor.

In his defence, Burke said that whilst at the shop, he asked Woods about the gas bottle.

He said Woods gave him “attitude”, saying if he (Woods) had the gas bottle, Burke should come and take it.

Burke said Woods had a beer in his hand and waved it at him saying, “Way the [expletive] you asking me about gas bottle?”

Burke said some of the contents from the beer spilled on him.

He told the court that after the drink spilled on him, they both got in a “scrambling” (tussle), resulting in Woods “butting up his head on the counter”.

Pompey found Burke guilty of the offence and fined him EC$600 — EC$300 of which was to be paid forthwith or three months imprisonment.

Burke has to pay the balance in one month or serve three months in prison.

Additionally, Burke has to pay compensation of EC$800 in two months or spend five months imprisonment.

At the end of the day’s sitting, Burke hadn’t paid the amount.

Meanwhile, Burke is expected back in court on Nov. 28 to an unrelated charges of assault and using threatening language.