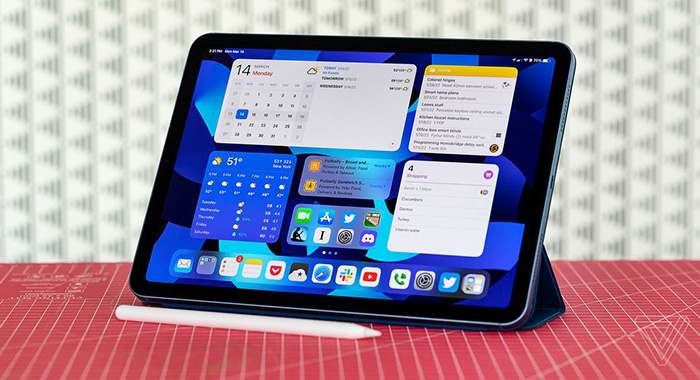 An internet photo of an iPad.

A Park Hill man who damaged his ex-girlfriend’s tablet computer because she spoke to another man has to compensate her for the device as well as pay a fine.

Brenton Arrindell, 29, became annoyed and aggressive after he saw his ex-girlfriend, Telecia Glasgow, 26, who is also the mother of his two children, talking to a man outside her house.

Arrindell appeared before Magistrate Bertie Pompey at the Georgetown Magistrate’s Court, on Monday, and pleaded guilty to a charge that on Aug. 2, he damaged one silver iPad, valued at US$600, the property of Glasgow.

Corporal Arlette McDowall told the court that both parties were in a nine-year relationship that produced two children.

She said that on the date of the incident, about 5:10 p.m., the defendant went to visit the children who live with their mother at Langley Park.

Glasgow left the children and their father inside the house and went outside to speak with the man.

However, according to McDowall, Arrindell texted Glasgow and said, “Since you man come outside you busy!”

During their texting, Arrindell became annoyed and told Glasgow, that he would beat her up when she comes back into the house.

McDowall said the defendant became aggressive and, as a result, Glasgow went inside the house and told him to leave her house.

They began to curse and, to avoid physical confrontation, Glasgow went back outside.

While outside, she heard a noise inside as though something was “breaking”. When she investigated, she noticed that the screen of her silver iPad was cracked and the device damaged.

Additionally, Arrindell has to pay compensation for the iPad in the sum of EC$1,620 in one month or spend five months in prison.