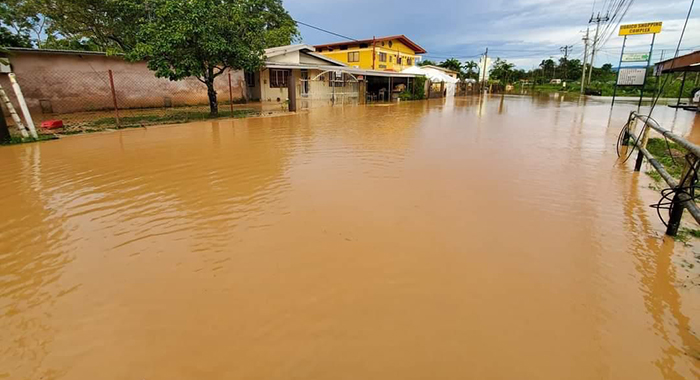 BRIDGETOWN, Barbados (CMC) — The Barbados-based Caribbean Institute for Meteorology & Hydrology (CIMH) is warning the region that recent heavy rains could continue into December and pose a risk for flooding during one of the most joyous seasons of the year.

“This year, flooding is a bigger risk in December than in other years,” CIMH climatologist Cédric Van Meerbeeck told the Caribbean Media Corporation (CMC) about the regional outlook for the dry season, which begins Dec. 1.

“I’m not saying it’s going to flood in your area, but what I’m saying is keep checking the weather reports in your country to make sure that that doesn’t happen to you, without you knowing about it.”

Speaking to CMC at the Caribbean Climate Outlook Forum (CariCOF), taking place here through Friday, Van Meerbeeck cautioned that while Christmas is traditionally a period where people like to think joyous things and “might not always pay as much attention to the weather as we normally would during the hurricane season, for instance”, heavy rains in December are not unheard of.

He reminded that in 2013, Christmas Eve floods led to death and destruction in St. Vincent and the Grenadines and St. Lucia.

Van Meerbeeck said no major droughts are forecast for any part of the region during the upcoming dry season.

“….That’s a positive but, on the other hand, we’re getting out of the wet season with soils that, in many places, are quite drenched. So that means that if in the next weeks we get a lot of rainfall, even though we’re entering the dry season, we might still see flash floods wherever that extreme rainfall occurs,” he explained.

He said that the highest risk is in Guianas and in the southern parts of the islands.

“So, in the ABC islands of Aruba, Curacao, Bonaire, in Trinidad and Tobago, in Grenada, in Barbados, and then less so as you go further north.”

The climatologist said the globe is experiencing La Nina – a metrological event where surface temperatures or ocean temperatures in the Pacific are cooler than usual – which tends to “influence our weather patterns at the seasonal timescale here”.

He noted that during La Nina, the Caribbean typically experiences wetter years as well as a stronger end part of the hurricane season.

“So, from September until October, we have a lot of systems passing through the region,” he said, adding that  La Nina is one of the main reasons for that.

“The next thing that happens is, fortunately for us, the heat was not as tremendously a problem this year as it’s been, for instance, in 2021 when the opposite pattern occurred.”

Van Meerbeeck said this was the reason for recent flash floods in St. Lucia, Dominica and other countries.

“If you look back from May until recently, you’ve really had a whole string of countries across the Caribbean that experienced flooding at some time, with, unfortunately, damage and losses to our agriculture and to other sections of our economy,” he told CMC.

However, he pointed out that La Nina will tend to result in drier weather in the northwest of the regions.

“So, in The Bahamas, in Cuba, in the Cayman Islands and sometimes also in Belize…. They are the ones who now have to look into their dry season if drought will develop. Because if that’s the case, you know that the dry season, which is from now until May, also largely overlaps with our main season, [tourism wise],” Van Meerbeeck said.

He noted that more people in the region as a result of tourism will result in increased water consumption.

“So the good news is, we are not so much water stressed this time around. But we still need to pay attention to flooding because even though we’re entering the dry season, that might still play a role,” he added.

The climatologist noted that farmers in the region also had to pay close attention to the weather patterns,