NIS shielding 85% of pensioners from poverty 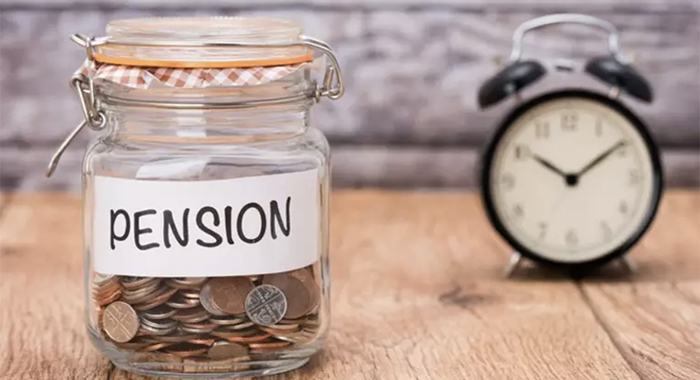 The National Insurance Services, whose future is said to be in jeopardy if changes are not made by 2024, is the only thing standing between 85% of Vincentian pensioners and poverty.

“… based on our soft survey, 85% of our pension population is receiving NIS as their only source of income,” Stewart Haynes, executive director of the NIS, told the media this week at a consultation on pension reform.

“That’s how important we are,” said Haynes, who said that one of his major concerns is non-pensionable workers.

He said this is why the NIS had to keep the option that allowed people to receive a pension earlier, even though it meant they would lose some of the value of it.

To illustrate the importance of the NIS pension to many Vincentians, Haynes said that in an attempt to avoid putting pensioners at risk, the NIS automatically renewed their pensions for two years during the worst of the COVID-19 pandemic.

Ordinarily, pensioners would have had to submit a life certificate every six months.

“We halted that in 2022 because you want to make sure that if we are paying a pensioner that the pensioner is alive — so we check the life certificate,” he said.

Haynes said that the NIS used different sources to inform pensioners that they were once again required to submit life certificates in order to receive their benefits.

Haynes said that at the close-off date, close to 2,000 pensioners  had not submitted life certificates and, therefore, in the next cheque run, 2,000 people were not paid their pension.

“That experience was humbling to me because over that period, I took the opportunity to have conversations with persons whose pension was stopped. And it gave me a different sense of importance of the business I do…” Haynes said.

He said some people went to the NIS, having used the only money they had to pay their transportation, having gone to the bank or post office only to find out that their pension had not been paid.

“And they came here for the collection of their pension, and when you hear some stories, I called my team, told my team we are standing between life and death,” Haynes told the media.

He said some people needed their pension to buy their medication.

“In some cases, they needed the money to pay  utilities, to put food on their table and that was very, very touching,” Haynes said.

“I called my team and said, ‘We have to heighten this thing called customer service. We are too important to lives and livelihoods in St. Vincent not to take our business seriously. We are in the business of people. We are a bridge between poverty and the peace of mind.'”

Haynes was speaking during a session in which he said the pension system must be reformed by 2024 if “draconian” changes, such as a 10-percentage-point increase in contribution rate, are to be avoided.

He said the experience with the pensioners and the life certificate resulted in “a renewed commitment by my workers to serve because we care.

“Persons depend on us to live and we’re not taking that responsibility lightly. We are taking it forever seriously, with renewed dedication and commitment. So we want to help to ensure that the grandmother, the grandfather that came to NIS over that period could still rely on social security,” Haynes said.

“At the same time, I don’t want my 12-year-old daughter to be paying for social security at a price that is unaffordable,” he said, adding that this is “the intergenerational aspect.

“So you want to put food on the table for our current pensioners. But we don’t want to increase the burden of our kids and grandkids. So I say this is a generational programme and we ought to embrace that.”

In St. Vincent and the Grenadines, some people could end up receiving a pension that is more than 120% of their salary.

This is because retired civil service employees are entitled to a government pension, to which they make no contribution, as well as an NIS pension.

For years, successive governments have said that the current pension is unsustainable, but very little has been done to implement the radical changes needed to put the social security system on a path to sustainability, even as the options have been made public on several occasions.