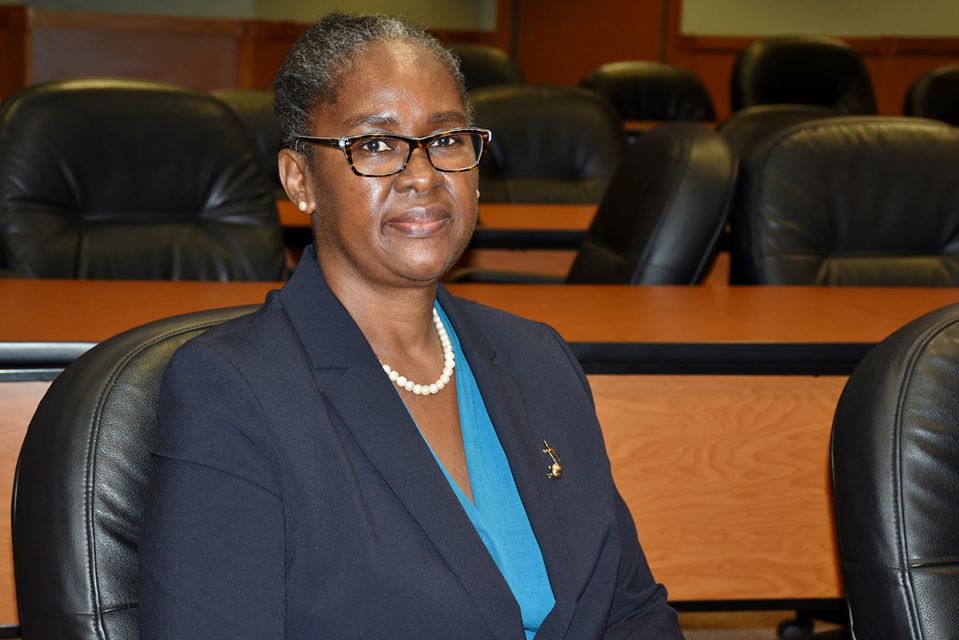 The trial of the lawsuit against the government over its COVID-19 vaccine mandate ended on Thursday, with High Court judge Justice Esco Henry reserving her decision.

“From where I sit, it does not appear likely that this will be before the New Year,” she said on day two of the virtual trial which commenced on Tuesday.

“This case has been well fought and there are lots of legal issues to be considered,” she said, adding that she would try to prepare her decision as quickly as possible.

“I appreciate that a lot of people are waiting anxiously on it,” she said, adding that until  Senior counsel Anthony Astaphan mentioned it moments earlier, they had not realised that so many people were logged onto the online platform used for the virtual hearing.

At the end of the sitting, there were at least 70 people following the case, which challenged the decision of the government to fire hundreds of public sector workers last December over their failure to take a COVID-19 vaccine, as mandated by Cabinet.

On Thursday, Astaphan, lead counsel for the respondents (the government) continued to present his clients’ case, arguing that contrary to the claimant’s argument, the Cabinet had the legal right to pass the law that resulted in the dismissal of the public sector workers.

He argued that under the Constitution of St. Vincent and the Grenadines, the issues of terms and conditions of employment are not vested in the Public Service Commission (PSC).

Astaphan said that certainly after Independence, the executive (Cabinet) and legislative (Parliament) branches of government have had the authority to make rules and regulations.

He said the terms and conditions of employment of almost all, if not all the claimants, contained provisions which made them subject to the existing laws of the state.

The lawyer further said it is indisputable that the Cabinet, which is the core of the executive power of the state, approved the special measures that brought the mandate into effect.

Astaphan told the court that the Cabinet of Ministers, and more specifically Minister of the Public Service, Frederick Stephenson, said that Cabinet and the minister had recommended rules to ensure compliance with the medical recommendations made by Chief Medical Officer, Dr. Simone Keizer-Beache.

He argued that it was not necessary “for there to be any delegation or permission or imprimatur given by the Public Service Commission to either the cabinet, prior to the approval of the special measures recommended by the CMO or to the rules that were approved by the minister [of Health] and the cabinet to ensure compliance with the recommendation…”

He noted that Section 147 of the Public Health Ordinance says “the minister shall have power to make rules generally, for the carrying out of the purposes of this act”.

Astaphan said that when the CMO recommended to the Cabinet that the unvaccinated officers ought not to attend the place of work because of the risk of spread of COVID-19, “it would have been for the minister and the Cabinet to construct a rule that would have given teeth and enforceability to the recommendation made which was a medical, not a political decision”.

He said the letters of appointment that had been given to most, if not all the claimants, included the following:

“You will be subject to the Public Service Commission regulations, the regulations for government and assisted schools, the civil service rules, the Finance Administration Act and to the various ordinances act subsidiary legislation in force in the state. You will be liable to taxation imposed by local enactment.”

Astaphan said the letters of appointment with that specific clause in it carried the obligation or the terms and conditions of work that the claimant would be subject to rules and regulations made under an ordinance and by subsidiary legislation, to the extent that they are made and exist in St. Vincent and the Grenadines.

He said that the Section 9 of the Public Service Administration and Amendment Act “merely codified and codifies the terms and conditions contained in the letters of appointment”.

He said the law includes the minister prescribing terms and conditions of employment in the Public Service.

“But what we submit is that this is an enabling power giving the Minister power to prescribe matters which are required to be prescribed,” Astaphan argued.

Astaphan said that critical words are that they are subject to the terms of conditions.

He said that under the interpretation and general clauses, the singular includes the plural.

“And I think it is fair to submit that the minister properly construed in accordance with the interpretation and general clauses that would include the cabinet.”

“… in any event, section 11 of the Public Service Management Act does not and could not legally or possibly fetter the right of the Minister of Health under the Public Health Ordinance from making, approving and publishing rules which would require compliance with the recommendations made that public officers who are not vaccinated should not be allowed to attend public office spaces and I will add to your leadership that there is no mention,” Astaphan said.

He said that in those circumstances there was no need for the PSC to delegate its authority to the Cabinet.

The lawyer said the regulation preserved the right of the PSC as the ultimate arbiter of whether or not a public officer should be deemed to have abandoned their job.

“The very fact that the Public Service Commission has the discretion to otherwise declare is a complete answer to the claimant’s case that they acted under the dictation of the minister and we will add as well that the Public Service Commission did, when approached by public servants who were affected by the application of regulations 8(1) and 8(2), apply to be reinstated and were without loss of their job and whatever may go with the with the job,” Astaphan said.

Astaphan argued that even if the court rejects the respondents’ argument about the role of the Cabinet, Section 147 of the public health ordinance speaks for itself.

“The minister was given broad powers under that act to make rules to ensure conformity with the act which would include regulations made on the recommendations of the Chief Medical Officer,” he said.

He said it is of critical importance in the case that the evidence be pointed out “that the CMO, not the permanent secretary or the minister, the cabinet, the Chief Medical Officer, recommended that officers not be allowed to go into the offices for fear of the spread of the virus.

“How was the Minister of Health to enforce that? Let’s leave our cabinet the only possible way he could have done it was with a regulation similar to 8(1) and (2) leaving the discretionary authority with the Public Service Commission to decide whether or not somebody should not have been deemed to have resigned,” Astaphan said.