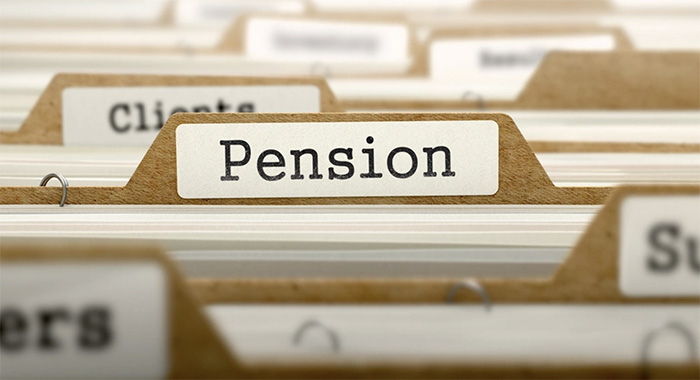 Having had the privilege of being a part of pension reform workshops and discussions, I strongly believe that a reform is needed for the sustainability of pension benefits. The reform discussions must continue to include proper social dialogue with all the affected and relevant stakeholders (or their representatives), along with the reality and mindset that sacrifices or concessions will have to form part of the discussions. Sacrifices by whom and how much is a point of contention, however, all parties should be willing to compromise for the sustainability of the pension benefits, as it has socioeconomic implications.

In my opinion, the most important thing is that pension reform is executed in a manner that is constitutional. This brings me to the specific issue that plagues my mind. During these discussions on parametric reform, it was mentioned that the pension terms (regarding the Public Service Pension Plan) under which a public servant began their public service can be altered, to the public servant’s disadvantage.

In a publication by iWitness News, Stewart Haynes, executive director of the National Insurance Services (NIS) said, “So [you] work for 10 years already, this 20% is protected. But for future services, consideration can be given looking at making the system sustainable.”

Let me expand on this example from Haynes. Lady C entered the service on Jan. 1, 2012.  She is still working to date, which is 10 years later and plans to continue up to her 33 1/3 year. The pension law that is applicable to Lady C guarantees her particular pension benefits that include the following:

Continuing with the example, a new pension law is passed and takes effect from Lady C’s 11th year onward.

Now, what is being stated is that the pension law that makes provision for the three aforesaid benefits (which were accumulated during Lady C’s 10 years) will protect the benefits amassed for that period in a prorate fashion. I have no issue with this, as this is constitutionally sound. So, for example, Lady C will accrue 20% (2% × 10 years) to go towards pension benefit calculation. Also, Lady C’s reference point will be her last annual salary or a three-year average salary of her best three years.

However, it is also being said that from year 11 onward that the pension benefits can be diminished or reduced in a manner that is more disadvantageous or less favourable to Lady C. From my point of view, that is not constitutionally sound. Section 88 (2)b of St. Vincent and the Grenadines constitution (SVG) states that “in so far as those benefits are wholly or partly in respect of a period of service as a judge or officer of the Supreme Court or a public officer or a member of the House of Assembly that commenced after the commencement of this Constitution, be the law in force on the date on which that period of service commenced. or any law in force at a later date that is not less favourable to that person.”

In my legally unlearned mind, changing accrual rates from 2% to a lower figure from year 11 onward is less favourable. Changing the reference point from the best three years to more than three years is less favourable. You get the picture. Any law that constitutionally modifies the pension benefits must not place Lady C at a disadvantage.

Deuteronomy 19:15 and Matthew 18:15 speak to the issue of confirmation by the witness of two or more testimonies. It is on this premise that I will make a reference to two high court cases in Grenada that dealt with pension benefits and multiple statements from learned High Court judges. They make for sound reading and I believe they can help us to become more informed on pension related issues. I selected Grenada due to similarities with the wording of their constitution, especially as it pertains to the pension laws. The first judgement was for a case between Hermilyn Armstrong v. The Attorney General of Grenada et al which Armstrong won and the second was Grenada’s Public Workers’ Union et al v. The Attorney General et al, which once again resulted in a loss for the Attorney General et al.

Please, take some time and carefully study these judgments by yourself or with others. I will delineate the key statements from each judgement, as it pertains to the aforementioned example with Lady C.

The “period of service commenced” as mentioned in Grenada’s constitution refers to the day public servants became employed in a pensionable position, as put forth by the learned Judge. I believe it is no different for the “period of service commenced” mentioned in the constitution of SVG. The pension law which applies to the public servant was the law in force at the time of employment. Future pension laws could be created and passed, as allowed by the constitution, however they cannot put the public servant in a position less beneficial to them than before, as opined by learned high court Judge Margaret A. Price Findlay. So, for example Lady C’s accrual rate could increase from 2% to 2.5%, or the best 3-year average could reduce to the best two-year average, etc. as these would be more favourable terms than what Lady C previously experienced.

There is a need for parametric reform, but it must be done within the confines of the constitution and applicable law. We cannot have an approach that is one-sided, or where sacrifice is only requested from one party. We cannot be like the owner of a bakery store who is only concerned about his business and does not care what the consumer thinks about the quality or price of his bread. On the other hand, the consumer cannot expect the bread to be sold at non-profit prices as that would be selfish, and unsustainable for the owner’s business. So, it is important that any reform that takes place must be legal, balanced and fair, with the goals of sustainable social security, consistent stakeholder engagement and social development at the forefront of all stakeholders’ minds.