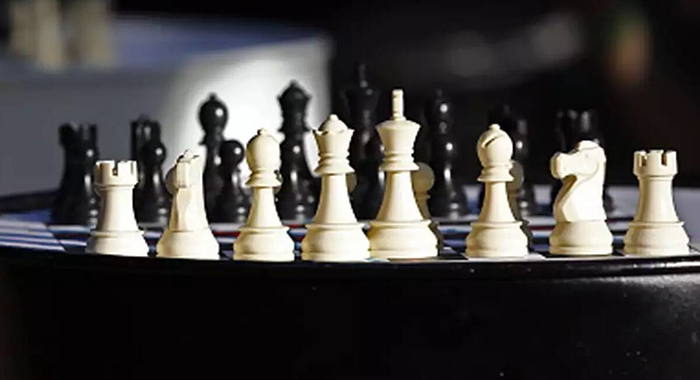 Chess players across St. Vincent and the Grenadines (SVG) will have a second opportunity to secure the Tyrone Jack Memorial Trophy when the 2nd annual National Chess Championship takes place this weekend.

National Chess Champion and Olympiad Chinedu Enemchukwu, who is currently standing in the position of (conditional) FIDE Master, will seek to stave off his challengers as the University of the West Indies Open Campus hosts the clash of the mind titans.

Some 25 people are expected to participate in the championship on Saturday and Sunday, representing an increase of 150% over the 2021 inaugural championship.

For the first time, there will be a youth category, for players 18 years and under.

For the second time around, the championship will be led by Chairman of Competitions and Development Sub-committee, Brian Cottle who is a national team member and Chess Olympiad is also a (conditional) candidate master, as arbiter.

The championship  is part sponsored by Bally & Bally Investment Ltd., University of the West Indies Open Campus and CG Productions and begind at 10 a.m. daily.

The 2022 edition of the championship will see a new feature designed to educate beginning players.

The federation will have an education corner at the games and will teach non-players the very basics of the game.

This will benefit teachers and students alike. Teachers who would like to become chess trainers can attend to begin to learn the game to teach it at their respective schools.

A youth chess wizard will receive a prize following an assessment on Sunday.

Players will be awarded trophies, cash prizes and national titles.

The FIDE Youth Under 16 Olympiad is the next international fixture for the SVGCF, giving the current and prospective players an opportunity to compete on the international youth Chess stage.

The tournament is also expected to identify a list of senior players from which the national team will be selected for the FIDE Olympiad to take place in Budapest, Hungary in 2024.

The SVG Chess Federation hopes to kick off its calendar with the first ever Chatoyer International invitational.

This will bring at least four grandmasters of chess to SVG by special invitation and a host of other regional and international players.  The top award will be the His Excellency Joseph Chatoyer trophy.

The invitational championship is expected to give publicity to SVG as a tourism destination and expose local players and spectators to an international standard competition.