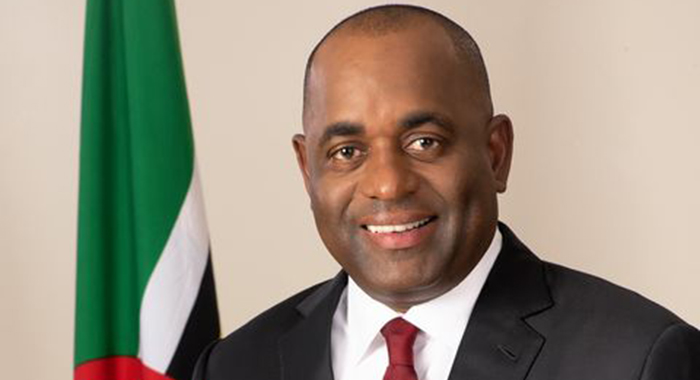 Preliminary results released by the Electoral Office here showed that the DLP, which had entered the election already having won six seats uncontested, had won 19 of the 21 seats. The preliminary results showed that the independent candidate Jesma Paul polled 617 votes to 463 cast for the DLP’s Lynsia Frank in the Salisbury constituency, while in Marigot, Anthony Charles had defeated the DLP’s Gregory Riviere by a margin of 491 to 329 votes. The independent candidate Carlos Charles received six votes.

The Electoral Office had said that voters would be electing representatives for 15 constituencies after the main opposition parties  — the United Workers Party (UWP) and the Dominica Freedom Party (DFP) — failed to nominate any candidate.

The Electoral Office said 45 candidates contested the 15 remaining seats with the DLP contesting all seats, Team Unity Dominica, five seats and there were 10 independents.

Prime Minister Roosevelt Skerrit, 50, who has been in office since 2004 and was among those six DLP candidates elected to Parliament before a ballot was cast, said he welcomed the outcome of the polls.

“I accept this victory from the people of Dominica with the greatest humility. This is an extra ordinary confidence that the people have shown in us,” Skerrit said, adding the voter turnout was “exceptional”.

The opposition parties had been calling for electoral reform, including a clean voters list and identification cards ahead of the poll that is being monitored by observer teams from CARICOM, the Organization of American States (OAS) and the Commonwealth.

Former president of the Caribbean Court of Justice (CCJ), Sir Dennis Byron, who had been appointed as the sole commissioner advancing the efforts towards electoral reform, had proposed presenting the first phase of his report by the end of November with the Parliament tabling the Register of Electors legislation in December and the plan to enact it in January 2023.

Fontaine, who is on EC$75,000 bail, on a charge of inciting violence and obstruction of justice, dating back to 2017, said “rest assured that we in the United Workers Party will pursue every legal means including through the courts, including civil disobedience and all within the law to ensure that there is electoral reform.

“Together we will neither stop nor rest until democracy is restored and there is full electoral reform in Dominica,” he added.

But, Skerrit has promised that by Easter next year, the issue of electoral reform would be brought to the Dominica Parliament.

“I know people have raised the issue of electoral reform. I would rather say the modernisation of the electoral process,” he said, noting that the issues are basically voter identification cards and large voters list.

Skerrit reminded that his past administration “had taken all actions to advance electoral reform and all that was missing was the approval of the legislation in parliament to give the legal authority to the Electoral Commission to advances those changes in the electoral process”.

Skerrit said that his commitment to electoral reform was underscored by the fact that in 2015, despite the ravages of a natural disaster, he provided funding to the Electoral Commission for the initiative as well as having the Commonwealth review the then pending legislation.

“I will say this time around that nobody is going to accuse me of not advancing the process. By Easter next year we will go to Parliament and pass the legislation and we will have consultations, come January…with all stakeholders and let us come to a consensus.

“There cannot be unanimity on this point. Let us come to a consensus and I can say to the Dominican public, I have already written to the Commonwealth, the OAS and CARICOM asking for technical support to review the report of Sir Dennis Byron to ensure that it captures what they have recommended to us that would meet international best practices.

“Once they give me the stamp of approval … and I have asked them to do so very quickly … come Easter, we will certainly pass the legislation to start the process of the issuance of ID cards and the verification process (of the voters list),” Skerrit said.

Regional political scientist, Peter Wickham, dismissed suggestions that Tuesday’s election was a sham as described by the opposition parties, saying that the ruling party had faced “other” opposition candidates.

He said unlike the situation that had occurred in some other Caribbean countries when opposition parties had boycotted their respective elections “you had an alternative party that was able to bring candidates to the winning point.

“So when the history books look back on this election, it doesn’t appear to be an election in which there was a boycott. It appears to be an election where the UWP was just not ready to present candidates and as a result was found wanting”.

Wickham said that the Dominica parliament will now have representation other than from the UWP, which had won three seats in the 2019 general election, and “that will now be part of the new conversation and sitting at the table”.

Skerrit, who called Tuesday’s election two years ahead of the constitutional deadline after guiding the DLP to an 18-3 victory the last time around, said he would be meeting with all stakeholders as part of the “reset” for Dominica.

“I want to extend congratulations to the two candidates who won in Salisbury and Marigot. I think it clearly showed the elections were credible and they were free and fair and that the voters of Dominica exercised their right to vote and they voted for candidates of their choosing.

“I will say to the people of Dominica I intend to meet first of all with the two elected members so that we can chart a new course for the country. I can hear from them their visions for their constituencies, what we can do as a government to support them and I also intend to meet all of the candidates who contested so I can see how they can participate in the national reset that I have spoken about.”

Skerrit said he also intends to meet with the UWP leader “to discuss with him some of his views where the country is concerned.

“I am hoping and praying that this election afforded us an opportunity to also have a national reset in respect to our political discourse and engagement,” Skerrit said, adding, “we have to go back to the days when we fought hard with politics … we would bruise each other but at the ed of the day … we are back as brothers and sisters”.