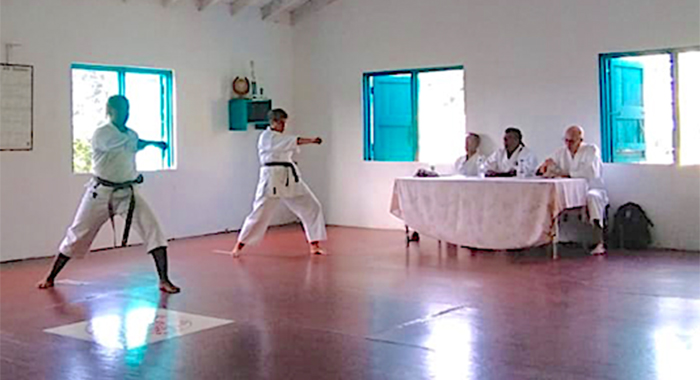 Students at the St. Vincent and the Bequia Kiai Karate Schools took exams at the purpose built dojo in Arnos Vale, on Saturday, in the hope of being promoted to their next rank.

Two fathers and their respective sons in the Bequia school are training together and took their exam together.

The students took their exam under the stern and vigilant eyes of three ISKF examiners: Sensei Peter Warren, from Barbados, and Ivo Providence and Gibson.

The students are getting the unique opportunity to develop physical and mental skills in learning the art of Karate from qualified instructor Sensei Gibson who himself started practicing at age 6 years and was taught by some of the greatest masters in Japan including the founders’ successor Master Teruyuki Okazaki.

”To seek perfection of character and ‘endeavour’ are some of the key words in the essence of karate teaching,” a press release said.