OACPS at crossroads as questions continue over its relevance 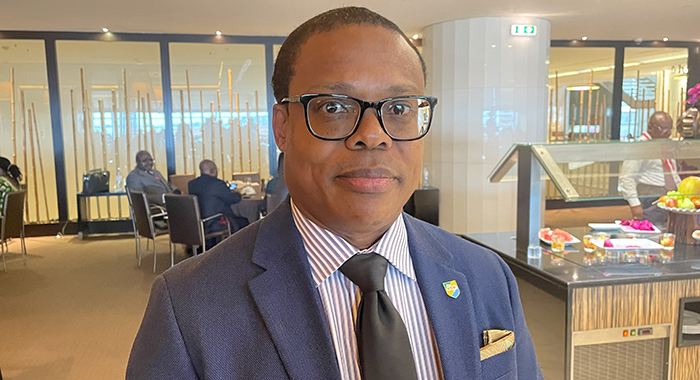 Browne, who is also President of the OACPS Council of Ministers, spoke to the Caribbean Media Corporation (CMC) ahead of the grouping’s 10th Summit of Heads of States and Governments here on Friday.

Browne, acknowledged that the bloc is at the crossroads also because of questions about its continued relevance.

“… coming out of the coronavirus (COVID-19) pandemic and the crises of food, fuel, feed, fertilisers affecting the entire world, particularly developing countries, recognising that the OACPS represents the widest swath of developing countries across Africa, the Caribbean and the Pacific, recognising that we are united by a number of key challenges and also potentials, and that we are stronger together,” Browne said.

He noted that the summit hosted the first in-person ministerial council meetings “where we’re able once again to gather in person, marshal our strengths, analyse the weaknesses and challenges and seek to work together again with the partnership agreement that we are strongly advocating must be signed as soon as possible.

“It really offers a whole new era of benefits and potentials for our societies.”

The OACPS is hoping to sign next year with the European Union (EU), its main development partner, the new Cotonou Agreement that would continue to define the political and economic cooperation framework between the two parties for the next 20 years.

“And it is in that context that I refer to a crossroads of the OACPs as well with the changes in membership, a period of uncertainty around South Africa’s interest or lack there,” Browne said, referring to the withdrawal from the OACPS in September of South Africa, one of the largest contributors to its budget.

“There was the  potential for additional challenges with membership, but that certainly has not emerged as a reality,” Browne told CMC, adding that the OACPS “remains strong, membership remains committed”, with the bloc about to welcome the Maldives as a member.

“So at least on paper, the membership remains the same  count but it is with regret that we’ve been forced to say goodbye to South Africa and we look forward to continued partnership and dialogue with that country as well as others in the future,” Browne said.

He said South Africa’s withdrawal from the OACOS “has been considerably analysed and documented and we will do a presentation on this to heads as well at the high level event tomorrow.

“The youth have had a voice. The private sector has had a voice. The diaspora associations have had their voice,” he said referring to the focus of fora that took place on the sidelines of the summit, adding that the women’s forum will take place on Friday

“The summit is a key part of the life, the highest organ of the OACPS and as President of the Council of Ministers it has been my task with the great cooperation of all my colleague ministers of the organisation to do all the preparation and ensure that the reports and the declaration are in good order and fit for final consideration by our heads of government. So we’re ready,” he said, shortly after the conclusion of the preparatory meeting on Thursday.

“We  are  very much looking forward to a successful summit and also sending the right signal to our international partners, The European Union and others, that the OACPS is strong, we’re united, we really wish to move ahead as soon as possible of signing the new partnership agreement in Samoa in early 2023 which really ushers in a new chapter of productive relations with the European Union and the regions of the OACPS,” Browne told CMC.