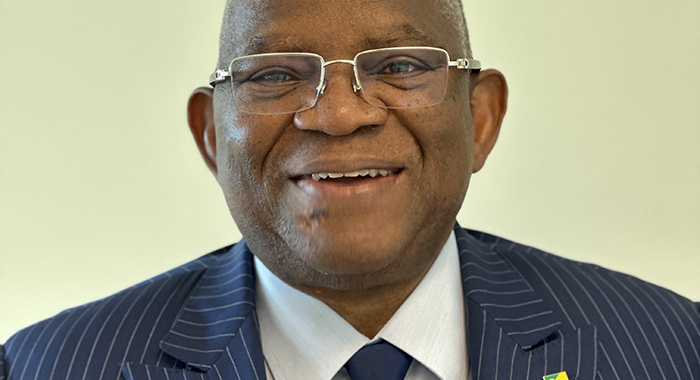 LUANDA, Angola (CMC) — The 79-member Organisation of African, Caribbean and Pacific States (OACPS) wrapped up its 10th Head of States and Governments Summit here with  Secretary General, Georges Chikoti calling on the European Union (EU), its main development partner, to sign the new agreement governing their cooperation over the next 20 years.

OACPS members states have agreed that the signing will take place in Samoa, hopefully before the end of 2023.

However, on the EU side, Hungary has raised issues with certain elements of the new accord, which will replace the Cotonou Agreement, and is yet to commit to signing.

In a post-summit interview, Chikoti told the Caribbean Media Corporation (CMC), that the signing has been postponed three times and this “raises doubts”.

“It is already agreed among the OACPS member states that the agreement will be signed in Samoa. So we are ready to do that. Now we’ve got to prepare ourselves. When? We need a date,” Chikoti told CMC.

“So we’re waiting for this date since last year, and we’ve already postponed the post-Cotonou about three times and so it doesn’t look good because we initialled the post-Cotonou agreement in April 2021. So, I think that it is now time that we really finish with the signing ceremony so that it enters into force,” he said.

He noted that negotiations began in 2018 and were completed in 2020, ahead of the April 2021 initialling.

“And since then, here we are. So it raises doubts. It also raises the fact that there is a commitment. So among us, we believe that the agreement  will be signed and we are 79. And it doesn’t look good that because of one country on the other side, we can’t sign,” Chikoti said without identifying the EU nation that is reluctant to sign.

“We do believe that the reasons that we’ve been given are true, but it raises then, on our side, also the issue of ‘What are we doing? Maybe some may no longer believe, some may think that maybe there was something else,” he told CMC.

The Angolan diplomat said the OACPS believes  it is important for the bloc to complete the signing, particularly for the small island states and for the most vulnerable economies.

“I think that the agreement has in there things that are important, that once we start implementing that can be helpful,” he told CMC.

“But if that’s not done, also it’s not a big problem. Then it’ll imply that we look into the future in a different way,” he said, adding that the new agreement allows the OACPS to diversify its partnerships.

“And probably that’s what is going to happen,” Chikoti told CMC. “But I do believe that we will still sign and that the other side will go through its differences.

“I think it’s one member states on the other side that, according to what we’re told, has problems with the others, but not with us. So we’re waiting. But we have been meeting and you’ve been engaging them on this topic, and we hope that we do sign.”

The summit was held under the theme “Three Continents, Three Oceans, a Common Destiny: Let’s build a Resilient and Sustainable OACPS”

Chikoti told CMC that the major outcome of the summit was the approval of the Luanda Declaration.

“In there you have all the commitment that the heads of state of the OACP member states have taken to first build a stronger ACP that will focus on their solidarity and their unity because they believe that there is an interest that binds them together,” he said.

“I think that you are looking at countries in the South who have a relationship with the African continent. And not only that, they also feel that it’s time for them to develop this unity towards the fact that it’s important that their unity helps them meet beyond the signing of the upcoming post-Cotonou agreement where they have defined the rules and the way they are going to build a partnership with the European Union.”

He, however, said the OACPS has “many other battles to carry” including issues related to  anti-money laundering and countering the financing of terrorism (AML/CFT) issues, which have seen the EU blacklist a number of OACPS members.

“I think that is very important because some of our countries are unfairly listed on lists that affect the image of their countries. And our heads of state have reiterated that they will have to continue to keep this solidarity, this unity to make sure that they work together,” Chikoti said.

He also spoke of climate change “and the way we have failed through many international conferences… until COP27 (2022 United Nations Climate Change Conference) very little has come.”

The OACPS secretary general noted that the developed world has agreed to a fund to help developing  countries to cope with the impact of climate change,

“But the problem you still have is that this fund has got to be mobilised,” he told CMC. “So if we have failed until now, are we really sure that this money will come?”

He noted that the world is now looking at the UN Biodiversity Conference taking place in Canada through December 19 and to COP28 next year.

“But when you look at since the Paris Agreement, we are failing to raise the money,” he said, referring to the deal agreed at the 2015 climate change conference.

“We’re still behind with $100 billion that should have been available but when you look at the challenges of climate change, and you look at how most of the island states, the small SIDS countries are living through that, you you really need to have resources for that,” Chikoti told CMC.

“… the challenge in terms of climate change is such a big one. And that’s why the unity of the OACPS is so important to talk with one voice, at least to make sure that we know what we’re talking about.

He said that in Africa, as seen this year in East Africa, many people are displaced because of drought.

“So it is it has come out very clearly that our heads of states have taken it that the unity that they have shall be seen as well on actions, but particularly on those goals that they need to to achieve, to raise the awareness of other big nations.”

He told CMC that the summit supported Vanuatu’s request to the International Court of Justice for an opinion on a resolution of the climate issue through the United Nations systems.

“So I think that what I can say is that this summit has gone beyond what we personally expected. First, it’s by attendance.I think we have had about 16 prime ministers, we had four presidents and we had so many ministers and ambassadors representing their countries,” Chikoti said.

“So the commitment that has been taken seems to me to show that, indeed, the OACP member states need to work a little bit more on their unity and to make sure that they can reach some of their goals and one of them has got to be the Samoa agreement, which we think shall be signed before the middle  middle term of 2023,” he told CMC.

Chikoti said there are consultations regarding the host of the next summit.

“But what we agreed naturally is that from now, from the next few weeks when the first thing we have on our agenda is to make sure that we clarify with the European Union, so that we can make sure that we can sign the post-Cotonou Agreement which is supposed to be signed in Samoa. And I think that our engagement with the European Union will be on this particular topic,” he said.