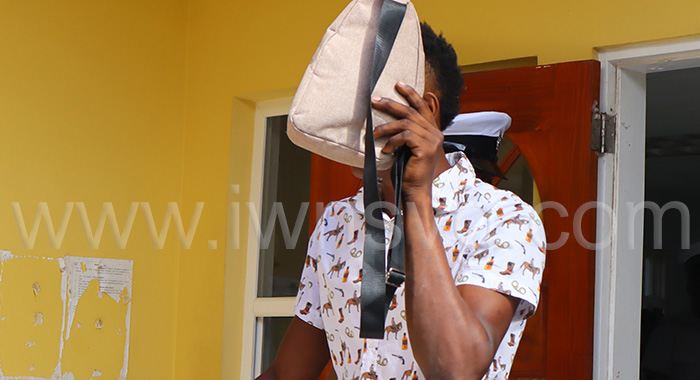 Vermont resident Trent Charles, who beat up his older brother, knocking him unconscious, has been bonded for six months.

Magistrate Bertie Pompey handed down the sentence on Charles at the Georgetown Magistrate’s Court after finding him guilty of assaulting Dimitri Jarvis, causing actual bodily harm.

Jarvis, a bus conductor, of Greiggs, told the court that on May 29, he was at Soca Monarch at Sea View Gardens in Georgetown.

He was awaiting a ride home in the wee hours of the morning when his brother, who was driving a flatbed truck, stopped the truck and “rushed him”.

Jarvis explained: “He ran after me to beat me up.”

He said Charles pushed him down and beat him up.

“… and I got knocked out,” Jarvis said. “I do not know who moved me and took me to the Georgetown Hospital.”

Investigating officer, Corporal 339 Laborde told the court that on the said date, he received a telephone call from the Georgetown Hospital informing him about Jarvis being a patient there and the circumstances surrounding his hospitalisations.

The corporal said he observed Jarvis had bruises to the left side of his head and over the left eye and they appeared to be bleeding.

Meanwhile, in his defence, Charles told the court:

He said there was a fight in the vicinity of the gas station at Mt Young “between his brother and some other persons — right in front of his truck.

“After that that my brother managed to get away and he run.”

The defendant told the court there was a video circulating of the same fight.

He said he showed it to the police officer. However, Laborde did not mention a video in his evidence.

During cross examination, the prosecutor, Delando Charles, told the defendant he mentioned in his caution statement that he never saw a fight between Jarvis that night.

The defendant said there was a fight.

“Do you know the story about Cain and Abel from the Bible?” the prosecutor told the defendant

“No,” the defendant said.

According to the book of Genesis, Cain and Abel were brothers but Cain murdered Abel.

The defendant said, “Me ah crazy man to just rush up to he and fight, me and he no get nothing, so what me going fight him fah.”

“So why you came here to tell lies, you came to waste the court’s time,” the prosecutor responded.

“You know what strikes me as strange after Jarvis gave evidence you didn’t ask him nothing at all about what happened, nothing at all.”

“I took into account he is your brother, but it’s a far, far story you’re giving me than your brother.”

If Charles breaches the bond, he must pay EC$500 forthwith or go to prison for three months.

“And I am being very lenient with you!” Pompey said

Charles is scheduled to appear in court on Jan. 9, 2023 to answer another charge, involving a different plaintiff, relating to an alleged incident on the same date and place.