Steps being taken to curb upsurge in yacht burglaries – PM 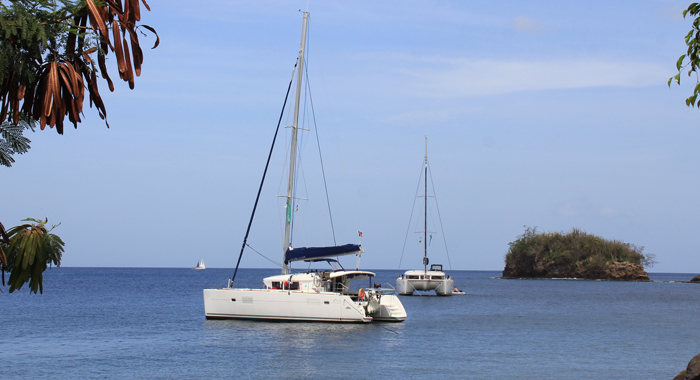 Prime Minister Ralph Gonsalves says measures are being taken to address the upsurge in yacht burglaries in Bequia and other parts of the country, but he would not detail some of the tactics.

Caribbean Safety and Security Net, which tracks maritime safety in the region, has reported a number of crimes against yachts in St. Vincent and the Grenadines (SVG).

These include the theft of a dinghy with 15HP outboard engine, cash, credit cards, passport and other personal documents, laptop, navigation tablet and an empty 20-litre jerry can from a yacht in Cumberland on Dec. 1.

In Bequia, a red fishing tackle box was stolen from a yacht docked at Princess Margaret Beach on Nov. 24, and electronics and watches from another on Nov. 27.

An Inflatable dinghy was stolen from a yacht at Saline Bay, Mayreau on Nov. 26, a fuel tank for an outboard motor, spare anchor at Charlestown Bay, Canouan on Nov. 11, and cash, credit cards, iPad, alcohol from a yacht at Blue Lagoon, St. Vincent on Nov. 24.

During last week’s sitting of Parliament, Opposition Leader Godwin Friday said there has been a recent spate of yacht break-ins in Admiralty Bay, Bequia resulting in bad publicity for SVG as a destination among yacht travellers.

Friday, who is MP for the Northern Grenadines, where Bequia is located, said the harbours and bays throughout the country also experience attacks on yachts.

He asked Gonsalves, who is Minister of National Security, Legal Affairs and Information, to state what measures, if any, will be taken to improve security for yacht visitors in the country’s harbours and bays.

Gonsalves told Parliament that it is true that there has been a recent upsurge in break-ins on yachts.

He said yachting is a very important sector to tourism and to the economy and the burglaries have come “after the good news that we were recognized as the safest destination for the preceding period in the Caribbean in respect of yachting”.

The prime minister said the issue requires not only work by the state agencies but also involvement by the community.

He said that a few years ago, residents of the Southern Grenadines apprehended and handed over to the police two people suspected of burglarising yachts.

“In fact, I think in one case, the police had to offer them some protection, because the people were very irate that they were, in a sense, cutting down their breadfruit tree, metaphorically.

“And I think it’s very important for us to have the involvement of the community and for them to report accordingly.”

He said the police and  Coast Guard have increased patrols on land and on sea.

“And in the case of Bequia, for instance, the Deputy Director of Grenadines Affairs has vacated his particular office to the Coast Guard and he’s been housed elsewhere so that we can better accommodate the base in Bequia for the Coast Guard officers,” Gonsalves said.

He said that in St. Vincent, there are enhanced patrols in the Young Island area, where a lot of yachts dock.

“I’m given by way of examples, but throughout all the areas in the country, there are some other things which have been done, which I wouldn’t speak about, but to give the House and to give the general public that there is a very concerted attempt to reduce and, as far as is humanly practicable, to stamp out this particular species of criminal behaviour,” the prime minister said.

Friday, in a supplementary question, asked what specific measures were being taken to address the spike in yacht burglaries in Admiralty Bay and Bequia.

“… what I’ve just outlined: the increased surveillance and also the strengthening of the base in Bequia. And the Coast Guard, I’ve been advised, have moved into the base. And there are other measures which are being taken, which I’m not going to speak about, not only for there but for other places.”