No special insurance for nurses on ambulance duty 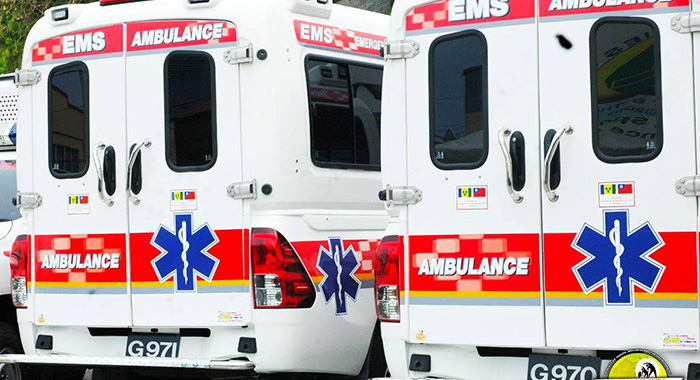 The Government of St. Vincent and the Grenadines does not provide an insurance policy that speaks directly to nurses who are on ambulance duties.

“We can safely say that they are being covered under the comprehensive insurance policy the ambulance is covered under,” Minister of Health Jimmy Prince told Parliament last week in response to a question from opposition senator, Shevern John.

Prince said the insurance company would compensate everybody — including nurses — on the ambulance and would also stand the cost of all damage incurred as a result of any accident caused by the ambulance.

“That is, personal injuries to the nurses among others, cost of repairs of all vehicles involved as well as the repair costs of any buildings or utilities that are damaged because of the accident,” Prince said.

He further said the government “usually takes full responsibility and will compensate the nurses amongst other expenses incurred as a result of any accident caused by the ambulance/ambulance driver, where needs be.”

The health minister said there are no laws or regulations which require healthcare providers or the government to provide insurance coverage to nurses or require that nurses do so.

“Although nurses are not covered by insurance, nurses fall within the category of persons who under Section 13 A of the Medical Officers Act, Cap. 292 of the Laws of St. Vincent and Grenadines Revised Edition 2009 are provided free services at the hospital,” he said.

He said that Section 13 A provides that no fee shall be chargeable in respect of specified categories of persons, including doctors, nurses and other people employed by the government in hospitals.

“There is also a provision for policemen as well. Nurses in the employment of the government are public officers,” Prince said.

“Usually in accordance with the government’s policy, where a nurse is injured on duty, the government, through its internal procedures, will make the necessary arrangements to cover costs associated with injury.”