Woman uses wit to avoid rape, murder at her home 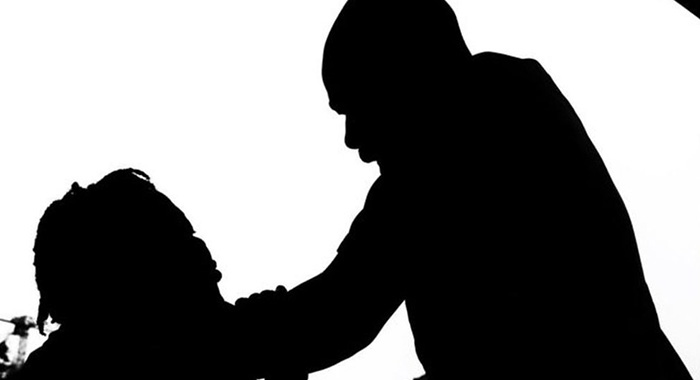 A South Leeward woman escaped being raped and possibly killed by a man who broke into her home shortly before 6 a.m. on Thursday.

iWitness News was reliably informed that the woman identified her assailant as a fellow villager who was charged in 2018 in connection with a midnight break-in at a house in the community, in which a woman lived with her teenaged daughters.

Last week’s victim engaged the assailant in conversation for about half an hour after she identified him as a fellow villager, asking him why he wanted to violate her.

The woman had a long night preparing her home for the holidays and for a relative who was returning from overseas.

The attack occurred shortly after one of the woman’s children, a minor, left the house to attend Nine Mornings festivities and she then went to sleep.

The woman was awoken when the man grabbed her by the throat and jabbed a sharp object onto her neck.

The man told her that he had wanted to be intimate with her for some time and that he had similar desires for other women in the village.

He further told her that he had a number of villagers that he wanted to kill.

The woman asked the man why he wanted to violate her and he asked her if she was surprise.

He told her that he had committed the act in the community before but people did not know it was him.

He told the woman that if she screamed, he would kill her. He then questioned her about whether she would report his crime.

The woman tried to convinced the man that he was not a rapist or killer and begged him not to harm her.

iWitness News was reliably informed that the man told the woman that he did not trust her not to report his crime and told her that he would have to kill her after raping her.

The man questioned that woman about whether she had any condoms in her house. She told him no and he proceed to tell her that he would have to improvise, and suggested that he would use a plastic bag.

The woman then told him that she might have one in her handbag, which was in another room.

On their way to that room, the woman was able to escape that house through an open door through which the assailant is believed to have entered.

The woman’s neighbours were alerted to the attack when they heard her screaming shorting after 6 a.m.

One man who was among the first to respond, said he saw the assailant fleeing the woman’s house wearing only boxer shorts.

The matter has been reported to the police and the Sexual Offences Unit is investigating.

In 2018, a woman alleged that the same man entered, at midnight, with two cutlasses, the house where was sleeping with her teenaged daughters.

However, the aggravated burglary charge against the man ended when the complainant refused to attend court.

However, as the accused was discharged before the commencement of a preliminary inquiry, the prosecution can bring back the charge at a later date.

In relation to the 2018 charge, a police officer told the court that when he went to serve the summons on the virtual complainant, she told him she would not be attending the hearing and that the authorities could do with the accused as they saw fit.

3 replies on “Woman uses wit to avoid rape, murder at her home”