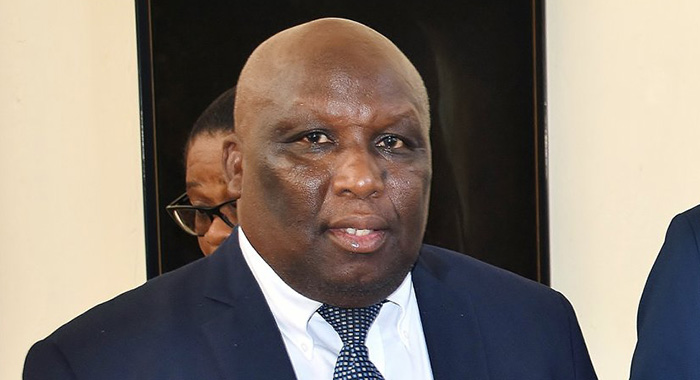 Diabetes remains a major health concern in St. Vincent and the Grenadines (SVG), leading to amputation of limbs among a significant, but declining number of residents.

Minister of Health, Wellness and the Environment Jimmy Prince told Parliament that his ministry has been paying increased attention to “the scourge” of non-communicable diseases in SVG, especially diabetes.

“I have mentioned some of them in this house, and I’ve done so outside of this house,” Prince told Parliament in response to a question from Opposition Leader Godwin Friday.

Friday told lawmakers that a visit to the surgical wards of the Milton Cato Memorial Hospital reveals an “alarming and sad picture” of many persons with limbs amputated because of diabetes.

He said these amputees are often unable to obtain medicines that might assist in healing.

Friday asked the health minister to state what, if any, measures are being taken to address the high levels of amputations in diabetic cases; and to ensure that treatments and medicines are available to avoid or reduce amputations and to aid recovery of amputees.

Prince said that the prevalence of diabetes in SVG in 2021 and years before that was very high, “indicative of the epidemic of NCDs plaguing our countries in the region”, including SVG.

He said diabetes mellitus and other nutritional and endocrine diseases account for 4.24% of the admissions to hospital and 2,681 discharge days in 2021.

This compares to 1,328 for cerebrovascular disease, and 431 for ischemic heart disease.

He said that his ministry, recognising the devastating impact of an amputation on an individual and their families has worked throughout the years to develop a multi-pronged approach aimed at reducing the incidence of diabetes and other non-communicable diseases, and, importantly, the complications including amputations.

“Prevention includes strong health promotion programmes, including health education, and the empowerment of behaviour change. We’ll be putting some emphasis on this that if you prevent it, you don’t have a problem at the hospital,” he said.

He said the recent launch of Vincy Moves is yet another such initiative aimed at reducing the incidence of diabetes and its complications.

“We want people to keep moving, to exercise. That’s one of the main preventative measures. We have done significant work to promote healthy eating habits, including the development of national food-based dietary guidelines, and the enhancement of the school feeding programmes by the training of school cooks using new and healthier menus.”

Prince said the Food and Nutrition project, in which his ministry participated, worked with the Caribbean Examination Council to create a health and family life syllabus “appropriate to our lifestyles, and aimed at promoting healthy diets and exercise in young children building foundations for healthy life.

“We have straightened our human resources to deal with diabetes, and its complications by securing the services of an endocrinologist, a physician specialised in the case of diabetes. We created a team of foot health practitioners who support patients in the care of their feet, aimed at reducing the development of foot ulcers, which can lead to amputations.”

The health minister said the government introduced the Cuban drug Heberprot-P, which is used to promote the healing of diabetic-like ulcers and this had “good results, reducing the number of amputations.

“Heberprot-P has since been replaced with similar drugs with good results,” he said.

The minister saidit has been increasingly difficult to procure Heberprot-P.

“And the physicians have said that in any event, there are other drugs which are just as helpful and they have been using those,” he said.

Prince saidthe ministry has always supported rehabilitation of people who have had amputations by providing psychosocial services and physiotherapy.

“We have recently significantly increased our capacity to provide prosthesis by partnering with the Mackay Memorial Hospital out of Taiwan,” he said.

“Whoever, we are hoping that people continue to understand that health is a shared responsibility. We can do all of this and if people continue to ignore the fact that this is a disease, which is creating problems for people, their lives and livelihoods, we’re gonna reach nowhere.”

He said 2023 is going to be “a year when we will pay greater attention to NCDC here in St. Vincent and the Grenadines”.