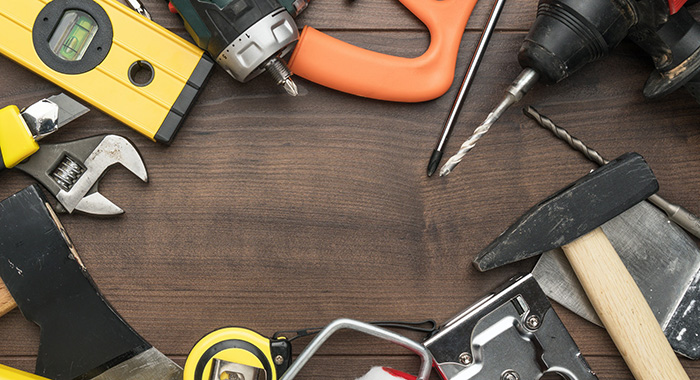 About 100 Vincentians have been left jobless after a construction company in Mustique on Tuesday announced its dissolution and liquidation.

JAD (Mustique) Ltd., which is owned by a British family, announced its liquidation even as workers say they were pressing for backpay dating back to 2008.

Two of the workers who spoke to iWitness News on Thursday said that their homes are in jeopardy, as one has a mortgage and the other is not clear how he would finish his house.

iWitness News has obtained a copy of the Jan. 3, 2023 letter that James Archibald, chairman and founder of JAD (Mustique) Ltd., sent to his employees announcing the dissolution of the company, which was founded in 2002 and was managed by Maximilian Archibald.

“A combination of the political and economic climate in St Vincent & The Grenadines, COVID-19 and rising costs, have all combined over the last few years to put the Company in a fragile financial position,” said Archibald who is from the United Kingdom.

He said that since the outbreak of COVID-19, his company “endeavoured to remain liquid, buoyant, support our workforce and deliver the level of service and quality that JAD has been known to provide.

“Industrial Action taken by our employees as a result of a historic legislation change, despite a full settlement being offered, has destroyed any confidence our Clients had that we could complete their contracts. We have therefore not yet received payments for works completed to date, which has now put us in an irrecoverable position. We sincerely apologise to anyone adversely affected,” Archibald said.

He continued: “Whilst we navigate these next steps, we ask for your patience and understanding. We have appointed Business Logistics Inc to oversee the liquidation process and to ensure the smoothest possible conclusion. We are immensely grateful to everyone who has played a part in JAD’s 23 years on Mustique, and we wish you all the best in the future.”

However, lawyer Jomo Thomas, whose firm is representing 41 of JAD’s employees, said that the move to liquidate might be the company’s way of trying to avoid paying monies owed to its workers. “The company was very unscrupulous. And you can put me on record, if you want,” Thomas told iWitness News. “Basically, they were supposed to pay holiday pay. They refuse; they did not pay that.”

Thomas noted that in 2008, the Wages Council prescribed that a work day is eight hours long, inclusive of one hour’s lunch.

“But the company had its workers working nine and a half hours, and was only paying them for an eight-hour day,” he said, adding that this means that the workers were owed a certain amount of money dating back to 2008.

“But when the workers came and checked me, I know a number of other workers had made an application from 2017. So, I decided to follow and that’s what the workers told me. I later told them that it could have gone all the way back in 2008, but we decided that we’re going to walk from 2017.”

He said that the workers were, therefore, claiming back pay for five years and entered into negotiations with JAD.

“The company said they would at least make a part payment by Dec. 16 and when Dec. 16 arrived, they reneged on that date and said they will pay it before Christmas.

“And then after Christmas, they wrote a letter saying oh, you know, COVID and economic situation generally…” Thomas said.

He noted that while JAD spoke about industrial action, to press their case, the workers staged a strike for less than a day.

“And they said because the workers went on strike and everything else, there was a crisis of confidence developed between the contractor, GAD, and the investors who had contracted them to build a number of homes, and, therefore, they claim that the monies are coming through and they filed for bankruptcy.”

Thomas told iWitness News that under the Companies Act, where a company goes into bankruptcy and liquidation, the workers are high up on the list in terms of the debt owed by the company.

“But my clients told me that the owners of this company, Maximilian Archibald and his dad, particularly Maximilian, were bragging that the only thing they have in Mustique now were a few computers. Because they had deliberately allowed the company to run down, they did not buy more vehicles, they were not storing stock, and so on.

“So, I think they were looking for a way out. But I don’t think it’s really a way out. I think what they intend to do is to liquidate this company … to rid themselves of the liability, and then essentially form another company and continue the construction, the work; continue, essentially, the exploitation of the workers, who are citizens of St. Vincent and the Grenadines and which should not really happen.”

Thomas said that he believes this is the company’s plan as they still have a lot of work to do in Mustique, having been retained to build about 12 houses.

“The government, I think, ought to step in and do something. There are a number of other tactical questions that we’re thinking about as to how we can try to best represent the workers’ interest and make sure that we get some form of compensation for these workers because many of them are owed thousands and thousands of dollars in overtime money, which the company essentially wants to step away from and run away from and refuse to pay,” the lawyer told iWitness News.

Meanwhile Keon Morris, 33, of Buccament, an electrician who has been working with the company since 2008, said he has had to speak to his bankers about the situation.

He is hoping to generate enough money from fishing, or find another job, so that he can continue servicing his mortgage and provide for his family, which includes infants.

“Well, I feel bad for sure. I ain’t expect it because people had other opportunities and they kind of discouraged people from going. Even the actual boss flew down from England discouraging people from moving on, going to another company,” Morris told iWitness News.

He said that a new company that won contracts in Mustique has tried to employ JAD workers, some of whom had considered the offer.

“… and they (JAD) were saying this company was gonna be for a short time, just for three years, four years and JAD is going to be operating many more to come. A whole set of stories. And everything they just tell us is just basically a lie,” he said.

He said his job with JAD was very important to his income.

“Different from that, I do some fishing on the weekend but basically that was my main income.”

Morris said he was not sure exactly how much money JAD owed him after the change of law.

“For example, a person like me, … the only time I don’t stay down (in Mustique) throughout the whole year is December time. But when you have a busy time on the island, like from Easter, August, whenever, like Carnival, whenever you have a long break, I am the person always staying back and normally I do a whole set of emergency jobs because I can also do A/C and plumbing.”

Morris said he also believes that the company was dissolved in an attempt to avoid paying staff the overtime payments dating back to 2008.

“I just hoping something might come up. Tomorrow, I going do a little fishing and see what could happen because I already went into GECCU and give them a heads up, give them a copy of the letter and so and tell them I will try and see if I can get little work and deposit money and help to pay my loan,” he told iWitness News.

Chadwick Carrington, who had been working with JAD for 21 years, noted the legal struggle the workers were engaged in trying to resolve the pay issue.

“He said he has to liquidate the assets of the company and we stand to get nothing. He’s gone,” Carrington told iWitness News of Archibald.

He said that on Wednesday, JAD’s former workers were informed that they would be invited back to Mustique to collect their belongings.

He was among the first batch of former JAD employees who went to the island on Thursday.

“They give us four hours to get our thing organised off the island,” Carrington told iWitness News.

“Imagine I am working 21 years down there and four to get my things cleared off the island,” he said. “I have tools; I have my clothes; I have all different kinds of things.”

He said that at least 13 former workers would be invited to fly to Mustique daily to collect their belongings, which would be shipped to Kingstown by boat.

“That is what I live by. I live by that,” he said of the income he received from his employment with JAD.

“I have a property halfway building. Blocks up and roof on; nothing else. it would just have to stay there,” he told iWitness News of his three-bedroom home.

“The salary is what you rely on,” he said, adding that this is also the case with the other workers.

“All of us on the breadline right now,” Carrington told iWitness News.

He said he had planned to visit the Labour Department Thursday morning but did not get to do so because he was told to come to Mustique to collect his belongings.