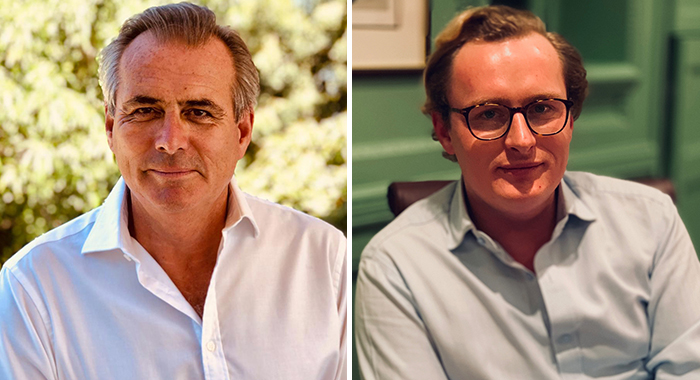 The construction company in Mustique that announced its dissolution and liquidation last Tuesday, leaving about 100 Vincentians jobless, had “a very checkered interaction” with tax authorities in St. Vincent and the Grenadines (SVG).

Prime Minister Ralph Gonsalves said on radio on Sunday that JAD (Mustique) Ltd., owed “close to $4 million on various ranges of taxes” at one point.

Gonsalves commented on the issue on radio on Sunday, two days after iWitness News broke the story about how the decision had put the workers’ livelihoods, and, in at least two cases, their homes at risk.

He rejected the claim by the company, which was founded in 2002 — one year after his Unity Labour Party came to office — that “the political and economic climate” in the country had contributed to its closure.

On Thursday, Jomo Thomas, a lawyer who has been representing 41 of JAD’s former employees, told iWitness News that the company has dissolved itself amidst a legal battle to get it to pay back pay, dating back to 2008.

The lawyer, however, said the workers were only claiming payment from 2017 onward.

Gonsalves spoke on the issue on WE FM’s Issue at Hand after one of the workers telephoned the programme asking whether the government can order a foreign contractor to deposit a certain amount of money in case they go bankrupt.

“In terms of protection of workers, that is a debate that has been going on not only in relation to contractors but also to other investors, whether it’s in hotels,” he said, and noted the closure, in the 1990s, of PICO, a company involved in the production of electronic parts.

Other companies, including the KFC under previous ownership, Bottlers (St. Vincent) Ltd. — “Ju-c” — and Buccament Bay Resort have closed during Gonsalves’s tenure, leaving unpaid severance payment and debt to the government and state-owned entities.

“It is a real problematic issue,” the prime minister said, adding that companies would not set up in the country if they are required to make certain deposits to cover severance payments.

“Unless, of course, all countries all over the world do this sort of thing. Because it’s an expense to set up shop,” he said.

The prime minister said that since 2020, the government has been making sure that “in the granting of things like work permits and residence and the like”, JAD and its principals were compliant with the tax laws, employees’ National Insurance Services (NIS) payments, and the Commercial and Intellectual Property Office (CIPO) requirements.

“What I would suggest always is that the workers be unionised. And that they use the union instruments to make sure that the collective bargaining agreements have particular provisions in relation to these matters,” Gonsalves said.

The prime minister said he was reluctant to disclose matters related to the JAD’s relationship with the state.

He said he was doing so because of the company’s statement that the political and economic environment in SVG caused it to close.

Gonsalves said the political environment in SVG is “stable” and the economy “is on the uptick, so, too, the activities in Mustique.

“The fact of the matter is that this company, for some time, has been delinquent in its payment of the various taxes, corporate taxes, paying over the value added taxes and the like,” the prime minister said.

He said that the matter came to hisattention in 2019 when James Archibald, the company’s founder and chairman, applied for citizenship.

Gonsalves said he asked  for a Special Branch report and for checks to be made on the status of the company in respect of various taxes and NIS payments.

“That notation is in the file from early 2019. In 2020, when the matter came back to me, the Special Brand report came back, but there was nothing which was submitted to me in relation to the liabilities to all the various taxes, NIS and contributions and information from CIPO and I made a notation on that.”

The prime minister, who has ministerial responsibility for granting citizenship to people wishing to be  naturalised Vincentian, said that when the relevant information came to him by the end of 2020,  Archibald’s “tax liability was humongous — close to $4 million on various ranges of taxes.”.

The prime minister read what he said was a Jan. 14, 2021 note he wrote to the Cabinet Secretary in respect of the application.

“’I will not give favourable consideration to Mr. Archibald’s application for citizenship until he liquidates his company’s indebtedness to the tax authorities in St. Vincent and Grenadines. His company flagrantly ignores its obligation to pay VAT, which is already collected by him on behalf of the government. His company owes PAYE which is also trust monies collected on behalf of the government.

“‘The memo from the control of Inland Revenue speaks towards his initiation of arrangements to resolve his tax indebtedness. Let them resolve them. I consider that Inland Revenue is lenient on him. The matter probably should be put before the DPP — the Director of Public Prosecution — but that is a judgment call of the controller not me, and that is as it should be. However, as Minister responsible for citizenship, I cannot proceed any further with this application until the tax issues are satisfactorily resolved.’”

He said that because of the situation, he was in touch with  and through action by Inland Revenue, “matters were improved, but still not good enough.

“And I don’t have to go through all the details as to how matters were improved, but there were still some things outstanding.”

He said that JAD then applied for a work permit for a gentleman from the United Kingdom to be the construction project manager.

“The memo came to me sometime in late June and it went before the Cabinet in July 2022. And I wrote on it “not for approval”.

He said that by Dec. 5, 2022, however, a memo came, which he saw on Dec. 8, “and his personal income tax is in good order, both the filing status and payment status. The PAYE filing status is good, his payments status was satisfactory. But there are some questions of an unsatisfactory nature in relation to VAT.”

The prime minister did not go into details about the VAT payment.

“But there’s a notation from the Comptroller of Inland Revenue: ‘Please be advised that the taxpayer has entered into a payment arrangement with the Inland Revenue Department towards the settling of whatever is outstanding.’

He said that in the meantime, he had refused a work permit for “a gentleman who was in every other respect, very good.

“… But I wasn’t satisfied that a sufficiency of the indebtedness had been dealt with,” Gonsalves said, adding that “because progress had been made”, he, however, extended the work permit and temporary residence for a JAD employee who was already in SVG.

“But I didn’t think sufficient progress had been made to give another person, a new person, in a senior position.”

The prime minister said that at the end of August 2022, Archibald’s successor, his son, Maximilian,  wrote to him requesting a meeting.

“… but I didn’t want to meet him. I didn’t indicate that I was going to meet him or not until certain  matters were resolved.”

Gonsalves said he does not usually know a person’s tax status “unless a matter comes before me to do something, like in this particular case, to deal with a particular application on his behalf, on behalf of the company.

“So, don’t come and malign St. Vincent and Grenadines and say the political and economic situation. I don’t know what that means.”

The prime minister said he has been in touch with The Mustique Company on an ongoing basis in relation to the matter.

“There are more details I can give, but I’m just providing for the purposes of the gentleman who called and in the light of what Mr. Archibald, his  company, had written publicly, to maligned St. Vincent and the Grenadines, I thought that I should put some core facts on the table.”

“Of course, Mr. Archibald can  put his company into dissolution as he wants. That is his legal right,” Gonsalves said.

He, however, added that he is confident from his conversations with The Mustique Company that it will employ the 90 workers in some capacity or other subcontractors in Mustique would do so.

“Because JAD would have left the Mustique homeowners, for whom they had work doing, in a lurch. Not only the workers, but very importantly, the workers, they left them in a lurch.”

He said 38 of the workers were employed in cleaning swimming pools, adding that they should be given first opportunity for re-employment in that sector.

He further said that JAD has left 11 or 12 contracts incomplete.

“I have reason to believe that The Mustique Company, as part of the assets of JAD, is holding some money in an escrow account. And I would expect that any liability to the state [would be satisfied].

“… But there should be money in there in an escrow account at The Mustique Company, from which I would expect that workers should be able to get their relief,” Gonsalves said.

The prime minister said he did not know the extent of JAD’s indebtedness  to the workers because neither they nor their counsel had so indicated.