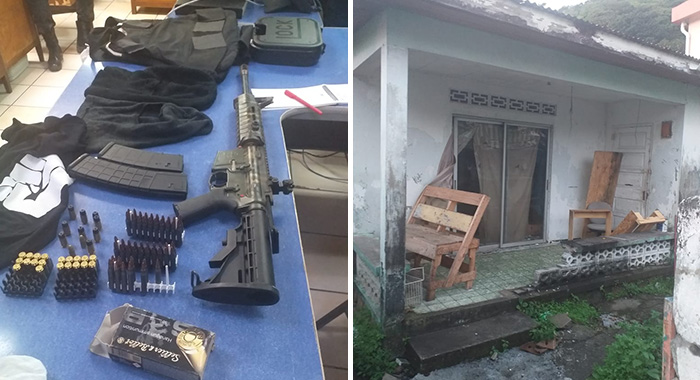 Police have discovered a cache of guns, ammunition and face mask in a house in Rose Place, the third such find in recent weeks.

Police said the coordinated efforts of members of the Royal St. Vincent and the Grenadines Police Force to combat crime led to the discovery of the illegal items.

“A joint operation was conducted between members of the Rapid Response, Special Services, Narcotics, and Special Patrol Units on Monday, Jan. 23, 2023, in the Rose Place community. The area was searched and the guns and ammunition were discovered in an abandoned house opposite the Kingstown Cemetery,” Police said.

“No arrest has been made up to press time. Investigations are ongoing,” the statement said.