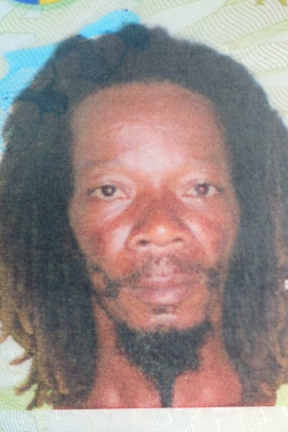 KINGSTOWN, St. Vincent, May 13, IWN – The man who was murdered in Vermont on Sunday had complained that a marijuana farmer had threatened to kill him, his widow told I-Witness News on Monday.

Vernon Elias Jackson, a 50-year-old eddo farmer of Francois Village, became this country’s fifth homicide victim over the past two weeks when he was killed on Sunday.

The farmer, who left home around 6 a.m. Sunday for a plot of land he cultivates for another Vermont man, was found dead by his son, Winston Thomas, and two other men around 7 p.m. Sunday.

His widow, Myan Jackson, told I-Witness News on Monday that her husband, who is also known as “Hammer” had told her that if he is harmed in the mountains, it is another Vermont resident, who Elias identified by an alias.

“He told me that if he ever goes to the mountains and not come back and anything happens to him, it is [that man] who killed him,” Myan told I-Witness News in dialect.

She said her husband had been farming on the “reserved” (State) lands for about eight years.

She said her husband had desisted from tying the cattle near the crop of illegal drugs but the man had tied his own cattle near to where Elias subsequently tied his.

Myan further told I-Witness News that while her husband had told other villagers about the development, he had not reported it to the police.

She said Elias left for the eddo fields around 6 a.m. on Sunday and when she returned from church around midday, she noticed that his water boots and cutlass were not in the yard, neither had his two dogs returned.

She said the two dogs would bark at any person unfamiliar to them who approaches the lands where her husband farms.

Both dogs had cut wounds when they returned home after her husband’s body was moved Sunday night, Myan further said.

She said that while her husband normally returns home around 10 a.m. on Sundays, she dismissed his absence, saying he must have gone somewhere with his employer.

She, however, said that she became concerned when, around dusk, Elias was yet to return home and calls to his mobile phone were immediately answered by an automation saying that the number was unavailable.

Myan told I-Witness News she sent their daughter to inform their son that their father could not be found.

They then telephoned Elias’ employer, who also complained that he had not been answering his mobile phone all day, she said.

Thomas, Elias’ son, told I-Witness News that when he, his father’s employer and another man went to the mountains, he heard the dogs barking and he called out to them.

He said he also smelled a funny odour, as if something was burning.

A search of the two huts on the farm turn up empty and Thomas said he found his father’s backpack and cutlass in the field.

He later went to an area where some of the brush was trampled and found his father lying facedown, dead.

Thomas said that his father’s body had a chop wound to the back of the head and a portion of his head, including some of his dreadlocks, was burnt.

Myan described Elias, a father of six, with whom she has two children, as “a nice person”.

“If you bother him and he drinks his rum and he is in the mood, he would crack two swearwords on you and he would be done with that … He was never a quarrelsome person who would pick a fight,” she told I-Witness News.

Reports say that police have taken into custody the man that Elias had said had threatened to kill him.