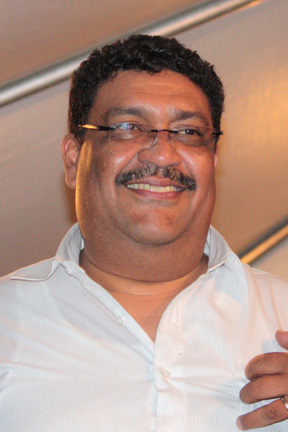 “I want to tell you that the gentleman you see here from Nicaragua, the Vice-Minister of Foreign Affairs, his president, Daniel Ortega, sent him to see me on a matter,” Gonsalves said on Monday at the Fisherman’s Day Rally in Calliaqua.

He did not indicate the nature of the talks and how long the visiting dignitary would remain in the country.

“Watch him good. His foreparents come from St. Vincent, from Youroumei,” Gonsalves said.

“When Chatoyer was killed in 1795 and Garifuna were deported — nearly 5,000 – to Balliceaux, and 2000-something died there in six months, his foreparents is one of the 2,200 and something that managed to reach Roatan Island in Central America, in the Bay of Honduras. And his family, as you know, some go in Belize, some go in Honduras, some go in Guatemala and some go in Nicaragua, well his family is one who went Nicaragua,” Gonsalves said.