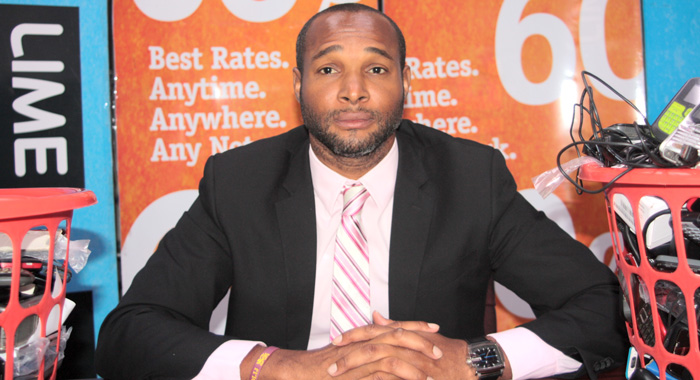 Customers of LIME St. Vincent are asking why they are paying 20 cents more per minute than LIME customers in Grenada.

“The guys in Grenada clearly are setting a rate against what Digicel is offering in Grenada, and, in fact, Grenada is offering two rates. They are offering a local rate of 40 cents, and they are offering a regional rate of 65 cents. Here in St. Vincent, we decided to have one message, and, perhaps, it is better for customers to have one rate to call locally and regionally. That rate is 60 cents,” Leslie Jack, country manager of LIME St. Vincent told I-Witness News on Tuesday.

He said rather than comparing LIME rates in St. Vincent with those in Grenada and other Caribbean nations, Vincentians should be more concerned about the rates Digicel, the other telecommunications provider, is offering locally.

“It is about Digicel offering the highest rates in market. They have not lowered their rates for some years now and, in fact, would appear that they are not prepared to go lower than what they currently prescribe as their retail rates in market,” Jack further said.

“LIME has been the lowest rated market for the last four to five years and we are even lower now with the new offer of 60 cents anywhere anytime across locally and in the Caribbean.

“The issue here is not to compare us to LIME Grenada. … We have issues here with Digicel. Why Digicel … provides the highest retail mobile rates in market for years?” Jack further said.

He said that he believes LIME’s competitor in Grenada is also offering a lower rate and the company there feels “it’s compelling on their side to perhaps offer 40 cents.

“So, again, it brings back the competitor rates into question. … Clearly, there is a different rate being offered by Digicel in Grenada, and in St. Lucia as well as in St. Vincent…”

He further said mobile termination rates here in St. Vincent are 400 per cent higher than in Jamaica and this influences retail rates.

Mobile termination rates refer to the charges a telecommunications operator charges another for terminating calls on its network.

For example, if a LIME customer wants to call a friend with a Digicel phone, LIME will charge a fee per minute for the call. Digicel will also charge LIME a fee for terminating the call on its network. The termination cost will also form part of what the LIME customer will pay. (The situation is the same if the service providers are reversed.)

“Somewhat that dictates what rates should be charged in the market,” Jack said of the mobile termination rates.

But he said the current model for determining mobile termination rates, devised in 2009, should be changed.

“That would allow mobile termination rates to be more cost based than anything else. If you allow that to happen, you will notice that eventually, once the ECTEL (Eastern Caribbean Telecommunications Authority) and the NTRC (National Telecommunications Regulatory Commission) are open to that, they will realise that mobile termination rates, once they are cost based, they will be next to nothing,” Jack said.

“In the case of Jamaica, it is now one or two US cents.

Jack, however, said that if Digicel lowers its rates, customers could expect LIME to again revise its rates.

“I’m quite sure. Why not? I mean it’s a competitive business. We live in a capitalist society. Capitalism is what drives the economy. So, I am quite sure that if Digicel was to, perhaps, drives rates downwards, I don’t think LIME will have any choice but to review rates as well,” Jack told I-Witness News.